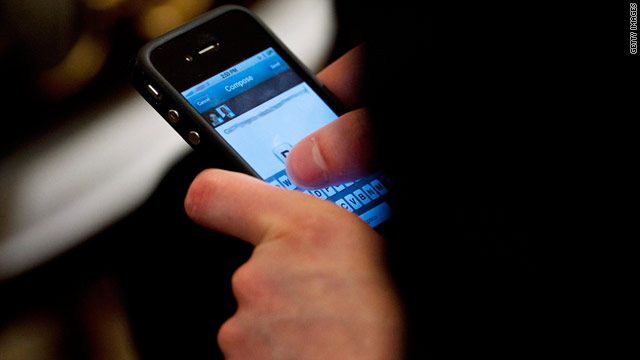 The researchers recommend that the carriers should be more transparent about how they manage their networks.
STORY HIGHLIGHTS
RELATED TOPICS

(CNN) -- Does your smartphone seem slow, or is its battery draining fast? Part of this may be due to how your wireless carrier manages its network, according to a recent study by researchers from the University of Michigan and Microsoft Research.

Carriers generally reveal little or nothing about their network management practices. To figure out how wireless providers around the world manage their data networks, the researchers deployed a smartphone app called NetPiculet "in the wild" (via the Android Market).

This allowed over 400 volunteers to spy on how 107 wireless carriers around the world provide data service and shield users from online threats.

At issue are "middleboxes" -- hardware devices such as firewalls and "network address translators" that carriers use to control the flow of data across their networks.

These tools are necessary components of any data network. Still, network operators do make choices in how their middleboxes operate. From the standpoint of someone using a smartphone, some of these choices are better than others.

Since carriers don't have to disclose their network management practices, it's unlikely customers would realize if they're getting shortchanged on service quality.

Part of the problem is that carriers and mobile application developers don't communicate enough to work together well. This can results in apps that, on certain carrier networks, don't perform well, use too much energy, or even introduce security vulnerabilities.

For example, Technology Review reported that "Eleven of the carriers tested had implemented policies that could drain the batteries of a user's phone up to 10% faster than usual.

Many devices must keep TCP (network) connections open for long periods of time to make e-mail and other 'push notifications' work. Mobile ISPs that time out these connections too quickly -- say, every 10 minutes versus every half-hour -- force devices to power up their radios more often, to re-establish a connection."

One of the largest U.S. carriers (unnamed in the study, since the data was made anonymous for legal reasons) appears to be slowing its network speed by as much as 50%. This carrier configures its firewalls to buffer some data packets for a long time, "likely for the purpose of deep packet inspection."

While deep packet inspection can be used for network management and security, it also can be used for Internet data mining, thwarting competition from other carriers, eavesdropping, and censorship. Whatever the reason, when deployed across a large segment of mobile users, DPI can significantly impair wireless network performance.

Microsoft Research engineer Ming Zhang, who contributed to the study, clarified to Technology Review that "the research team found no direct evidence that the carrier is doing this inspection; it's merely the most logical explanation."

The team also discovered security risks: "Four of 60 cellular networks allow IP spoofing, which can make hosts vulnerable to scanning and battery draining attacks even though they are behind the firewall."

The researchers recommend that the carriers should be more transparent -- with their customers and with application developers -- about how they manage their networks.

But so far, U.S. carriers have a poor track record on network management transparency -- as evidenced by recent refusals by Verizon and AT&T to clarify the criteria by which they will target high-volume customers for data speed throttling.

(Thanks to George Kelly for alerting me to this study.)