Skype now available for the iPad 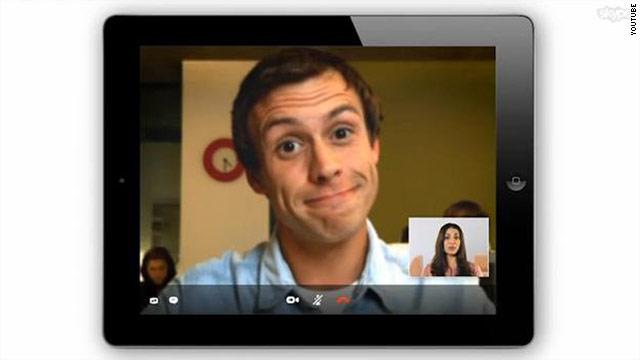 iPad 2 users can use the tablet's front-facing camera for video calls or its rear camera to show their surroundings.
STORY HIGHLIGHTS
RELATED TOPICS

(CNN) -- After a false start late Monday, Skype has officially landed on the iPad.

Before, users could use the Skype iPhone app, which has been available since New Year's Eve 2010, on the iPad, but it wasn't optimized for the tablet's screen size and features.

"The large iPad screen is perfect for bringing Skype video calls to life, in either landscape or portrait view, and because it is on the iPad, Skype video calls can be made at the beach, in a car or even lying on a couch," Rick Osterloh, Skype's head of consumer product management, said in a blog post Tuesday.

Users can also switch from the front camera to the rear to show their chat partner and their surroundings.

The app enables instant messaging during video calls, as well as voice calls, SMS messaging and other features familiar to Skype users. It's also free.

The rollout on Tuesday was preceded with an accidental, and brief, rollout Monday night.

A few people were able to download the app and share images of their calls online before Skype pulled the app from the App Store.

"To ensure your best Skype experience, we've temporarily removed Skype for iPad which went live prematurely today," the company said in a post on its Twitter feed Monday night. "We know you've been eagerly awaiting Skype for iPad and apologize for the inconvenience."

The rollout caps a busy couple of months for Skype, which boasts in the neighborhood of 150 million monthly users.

In May,Microsoft announced that it had bought the Luxembourg-based service in a deal reportedly worth $8.5 billion.

And on July 6, Facebook announced a partnership with Skype to bring video chat to the social-networking giant's roughly 750 million users.