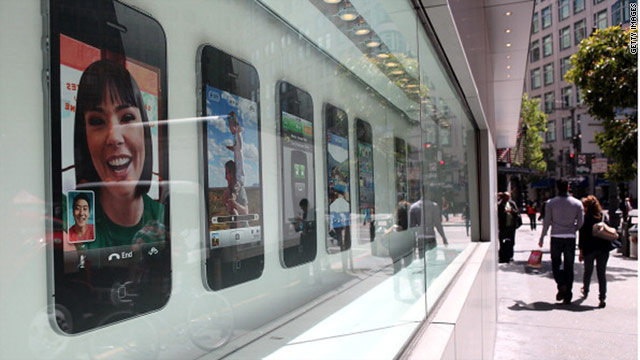 (CNN) -- On Tuesday, the San Francisco Board of Supervisors passed a new ordinance requiring cell phone retailers to display and distribute a state-produced fact sheet that explains radio frequency emissions from cell phones and how consumers can minimize their exposure.

This ordinance amends the city's controversial Cell Phone Right to Know Act, a similar but more cumbersome law passed last year that required cell phone retailers to post and distribute radiation information for every make and model of cell phone they sell. That would have been a significant challenge to retailers, given how many types of phones any store sells and how quickly that inventory changes.

Implementation of the original law was scuttled after the Cellular Telecommunications and Internet Association (the lobbying arm of the wireless industry) sued the city. So far it is unknown when the new law will take effect.

The possible health risk of cell phone radiation is a hot-button topic for many people, and this controversy is definitely not just about science. In fact, it's probably more about the perception of risk, rather than the level or nature of risk.

What does the science say? Concerns resurfaced in May when the World Health Organization classified electromagnetic fields produced by mobile phones as "possibly carcinogenic to humans" after analyzing the body of scientific research. In that announcement, WHO stated:

"A large number of studies have been performed over the last two decades to assess whether mobile phones pose a potential health risk. To date, no adverse health effects have been established as being caused by mobile phone use. ... While an increased risk of brain tumors is not established, the increasing use of mobile phones and the lack of data for mobile phone use over time periods longer than 15 years warrant further research of mobile phone use and brain cancer risk. ... WHO will conduct a formal risk assessment of all studied health outcomes from radio frequency fields exposure by 2012."

David Ropeik, an expert in understanding and communicating about risk and author of the book "How Risky Is It, Really?," believes that while San Francisco's cell phone fact sheet requirement probably won't hurt anything, it's unlikely to help the public understanding of this issue.

The problem, he notes, is that public fears about cell phone radiation do not appear to be supported by the preponderance of scientific research.

People should take the WHO announcement in context, he said. "By definition, that organization is required to be superprecautionary if there's any possible hint that something might be carcinogenic. Their default is that if there's any credible evidence whatsoever, even in just a few studies, they'll put something on their 'possibly carcinogenic' list. Which only means, depending on the rating they give it, 'Let's keep looking.' That's about as high as this particular risk assessment has gotten so far."

The new San Francisco requirement probably won't hurt anything directly, Ropeik said. But it does provide a tacit sanction of cell phone radiation fears by a recognized authority, an important social signal.

"It feeds a responsiveness to public fears that in the long run can make us more afraid of our world than is actually warranted. That hurts us both in the choices we make and in stress we feel. Sanctioning fears that are not well founded in evidence contributes to our sense that we live in a worrying world."

This is not to imply that people who voice concerns about cell phone radiation are misguided. Ropeik encourages people with such concerns to learn more about how science assesses health risk.

"You don't necessarily have to read through a lot of scientific papers and journals," he said. "You can use news coverage as a guide -- but probably not the headlines. Look for articles with direct quotes from scientists or scientific organizations. The first clue is in the language they use when discussing risk. If you hear words like 'possible,' 'more research is necessary,' 'hints,' 'clues,' 'maybe,' and 'uncertainty' -- or if there are no clear recommendations for people to do anything, there's probably less need for the average person to take action."

"Also, keep in mind that any one study is just a brick in the wall. The point is: How big is that wall? How many bricks does it have, and how firmly are they cemented together? More studies give you a fuller picture, and the consistency of their results tells you how certain the scientific evidence is."

Scientists often use "hedge words" because they know it's unwise to put too much stock in the results of a single study, or in mixed results from a group of related studies. But Ropeik notes that there have been cases where scientists have sounded a clear, early, public warning when warranted -- such as for cancer risks associated with hormone replacement therapy.

Just be careful of putting too much faith in dire warnings sounded by a single scientist (or team of scientists) about a single study. This was the case in the widely publicized but now-discredited research by Dr. Andrew Wakefield that connected vaccines to autism. It led many parents around the world to stop vaccinating their children, something that has demonstrably harmed public health, journalist Seth Mnookin writes in his book "The Panic Virus."

And it's true that new science can contradict or invalidate earlier research findings, as MedPage Today recently reported. So it's important to keep up with the current state of science for any issues that concern you greatly -- and to especially listen for clear warnings, rather than faint indications of possible correlations or risks.

"People deserve credit for being reasonably intelligent about how they assess and respond to risk," said Ropeik. "Sure we make mistakes sometimes, but this time most people's response to this risk was proportional to the warning. The warning was a weak one. Most people have not stopped using their cell phones. They're not putting a lead sheet between themselves and their phones. And even the media coverage included plenty of qualifications about the risk potential. Behavior tells you a lot about how people really take risk into account in their lives."