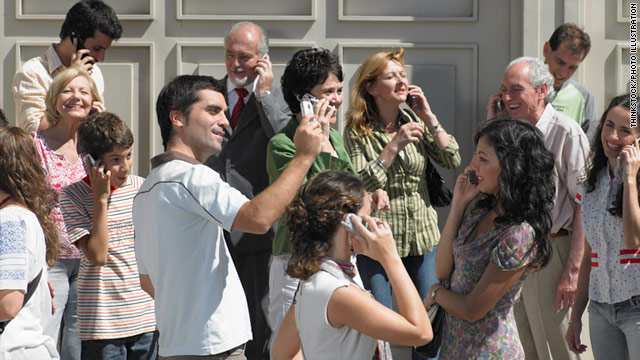 (CNN) -- San Francisco is once again moving forward with its controversial plan to warn consumers about potential health risks related to cell phone use.

This week, the San Francisco Board of Supervisors gave preliminary approval to a revised ordinance that would require cell phone retailers to provide information to customers about radio frequency energy emissions from cell phones. This energy can be absorbed by the head and body, and retailers also would have to explain how consumers can limit this exposure.

Are cell phones dangerous? A couple of months ago, the World Health Organization released a report classifying cell phone radiation exposure as "possibly carcinogenic to humans."

This does not mean that cell phones cause cancer, but rather that WHO believes the possible risk warrants further research. WHO classified this risk in a catch-all category that includes a broad range of substances, from DDT to coffee.

In March, the National Institutes of Health published a research article that concluded: "Although there remains some uncertainty, the trend in the accumulating evidence is increasingly against the hypothesis that mobile phone use can cause brain tumors in adults."

San Francisco's new proposed ordinance modifies the Cell Phone Right-to-Know Ordinance passed last year by the Board of Supervisors. Implementation of that 2010 law was scuttled in May -- apparently in response to a lawsuit filed by the Cellular Telecommunications and Internet Association, the lobbying arm of the wireless industry.

What's new this time around? According to a city government summary, this revised ordinance would no longer require cell phone retailers to display the specific absorption requirement (or SAR, one way to measure radio frequency radiation) for each make and model of phone they sell.

Instead, retailers would have to display prominently in their stores a poster developed by the city's Department of the Environment "explaining that cell phones emit radio frequency energy that is absorbed by the head and body, and discussing ways that cell phone users can reduce their exposure."

Also, retailers would have to provide a fact sheet containing this information to everyone who purchases a cell phone -- or to anyone who asks. This fact sheet also would have to be available near display materials for sample phones in the store.

The tech legislative blog Hillicon Valley reports that the board will vote again on this measure next Tuesday. After that, it will go to Mayor Ed Lee for his signature. According to the San Francisco Chronicle, the mayor supports this proposal.

This approach definitely is less aggressive and cumbersome than the original legislation. If this revised bill passes, it'll be interesting to see whether the Cellular Telecommunications and Internet Association or other wireless industry organizations sue the city again. So far, it's unknown when the revised law, if passed, would take effect.