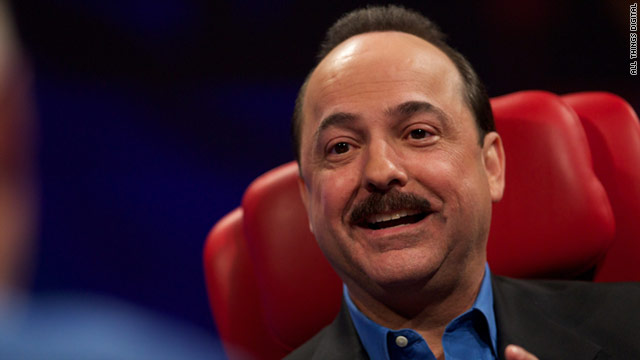 AT&T has yet to launch its faster fourth-generation cellular technology but has plans to do so in the second half of this year. The first cities to get the 4G LTE service will be Atlanta, Chicago, Dallas, Houston and San Antonio.

The launch will come at least seven months after Verizon Wireless', which began rolling out in December.

AT&T has used some marketing misdirection to claim its data network is 4G. But it will take some time for AT&T's wireless Internet to match Verizon's in speed, reliability and coverage, de la Vega said at the All Things Digital conference.

Initially, de la Vega said he "can't say when" AT&T will meet Verizon's quality. But he later added, "In the next two to three years, they will probably be indistinguishable."

U.S. regulators still have to approve a merger between AT&T Mobility and T-Mobile USA, which will reduce the wireless industry's big competitors from four to three.

In its bid to acquire the fourth-largest carrier from Deutsche Telekom, AT&T has pledged to eventually reach 97% of the U.S. population with its 4G LTE network. "We're doing something that I don't think has been done in any country anywhere in the world," de la Vega said.

Verizon plans to cover 97% to 98% with its 4G network, CTO David Small said in an interview in March. As is the case for all carriers, customers need to buy new phones that are compatible with 4G.

De la Vega says the proposed merger will improve the quality of AT&T's network because it will be able to use T-Mobile's cell sites. Major cities, such as New York and San Francisco, should see the most significant benefits, he said. Building a new cell site in San Francisco takes two to three times longer than in other cities, he said.

Owners of Apple's iPhone, which was exclusive to AT&T until this year, have been among the loudest to complain about AT&T's service. Some blame the design of the phone's radios and antennas. But as it turns out, AT&T may also take some blame.

"When we first did the phone for Apple, Steve Jobs called me and said, 'We want you to send us the specs on how you build a phone,'" de la Vega recalled. "So we bent over backwards to give them that kind of information."

The schematics included information on cell radios and how they interact with software, de la Vega said.

De la Vega stressed that AT&T was integral in the release of Apple's early products like the iPhone and iPad. It is "our software in collaboration with Apple that makes the iPad work," he said.

Capitulating to Apple's insistence on absolute secrecy in relations, AT&T had to retool its internal-communications system to make it more secure, de la Vega said.

"In the case of Apple, they're very, very concerned about stuff getting out," he said. "We built a complete infrastructure in our company to keep their information private."

Apple has yet to commit to building an iPhone that runs on 4G. The Verizon iPhone debuted when that carrier was preparing to roll out its first 4G phones. Apple COO Timothy Cook said the 4G chips available weren't up to the iPhone's standards yet and would require design changes Apple engineers weren't willing to make.