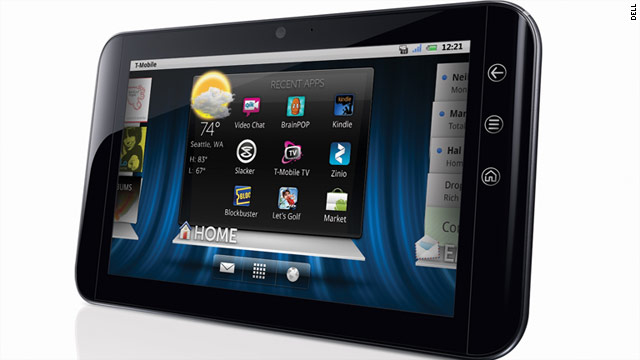 (Wired) -- Google's Android platform has been growing steadily since its release in 2008. Now, one out of every three U.S. smartphone owners is using an Android-based device, according to a recent report.

So why aren't developers more excited about the platform?

Of the 69.5 million Americans who owned smartphones as of the end of February, 33 percent used Android devices, according to a report from ComScore. It's a leap of 7 points in a period of only three months.

The growth of Apple's iOS remained stagnant, seeing only a 0.2 percent increase over the same period of time. Competitors Microsoft, HP and RIM were the ones who suffered as Android grew, with drops of 1.3 percent, 1.1 percent and 4.6 percent, respectively. The five companies' smartphone market share is shown in the table below.

The growth is partly a numbers game. One of Google's advantages is the sheer number of phone models running Android. Hardware makers have announced more than 10 different Android devices in the first three months of this year, far more than those running Google's competitors.

By contrast, HP announced two new phones in February (the first mobile phone hardware release from the company in far too long), only one Windows Phone 7 device has appeared in 2011, and we're probably not going to see the iPhone 5 anytime soon.

For all of Android's success, however, the platform has yet to fully satisfy its application developer base.

Baird Research shared the results of a recent developer survey with Wired.com, showing that more than 50 percent of developers questioned "view fragmentation" -- the disparity in software versions across device manufacturers and handsets -- to be a "meaningful or serious" problem. Developers also expressed concern over the fragmentation of the app ecosystem on Android, saying they generally preferred a "unified, single-store experience like Apple's App store."

For customers who enjoy Android's openness, the lack of a single app store is hardly a problem. Those who wish to go outside the walled garden of Apple's iOS (but don't necessarily want to jailbreak their phones) can do so fairly easily on an Android device -- or they can use alternative app stores, like Amazon's.

But for developers who wants their programs to make serious money, a nonunified app ecosystem may be less than desirable. Fully 74 percent of respondents said developing for Apple's iOS gave the best opportunities for paid-app revenues, and twice as many developers claimed their apps were more visible in Apple's app store than they were in the Android Market.

We may see a shift in developer attitudes as Android continues to mature and further improve its app ecosystem. Google launched the Android Market web store in February, and just last week it officially enabled in-app billing, allowing developers to charge customers for items purchased within an application.

In addition, a several developers have made six-figure revenues from Android apps, with a couple scoring million-dollar paydays.

With the promise of big money, and a huge base of customers to target, developers have a strong incentive to continue coding for Android. Indeed, despite the complaints, 71 percent of respondents said that they have developed apps for the platform.

Whether they're currently satisfied with Google's OS or not, it looks like developers will continue writing code for it.