WSJ: iPad 2 to be announced on March 2 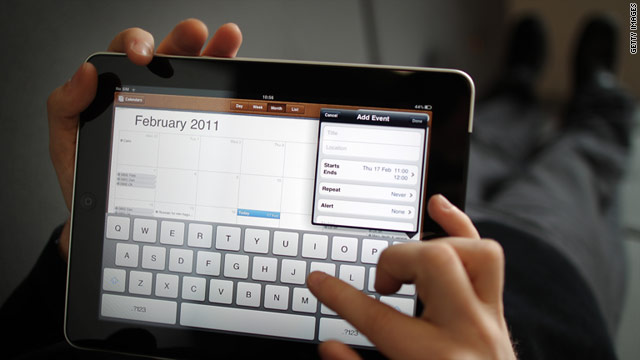 No official announcement has been made about a next-generation iPad, but a report says Apple will announce the device soon.
STORY HIGHLIGHTS

Some Apple fanatics expected the company's second-generation tablet computer to be announced in January.

So far, there's no official news. But All Things Digital's Kara Swisher reported Tuesday that Apple will announce the iPad 2 on March 2.

"To those who intensely care about this kind of stuff -- which would be pretty much everyone in the tech ecosystem -- Apple will hold its much-anticipated event on March 2, where the tech giant seems poised to unveil a new version of its hugely successful iPad, according to multiple sources," Swisher writes on the blog BoomTown, part of the Wall Street Journal's All Things Digital network.

"According to several sources close to the situation, the Wednesday date in a little more than a week is firm and will take place in San Francisco, the scene of many such Apple events," she wrote.

Neither CNN nor Apple has confirmed the March 2 date. We'll keep an eye out for anything official. Press invitations tend to go out in advance of Apple events.

Apple jumped out ahead of the tablet-computer pack by announcing the iPad in January 2010. But the tech giant faces increasing competition from other tablet makers, especially those using Google's Android operating system.