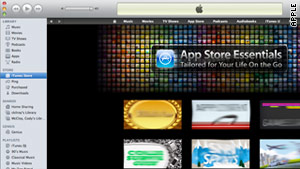 The caveat though is that Apple will require a 30% revenue cut for in-app subscriptions and sign-ups.

Workarounds aren't allowed, either; if a publisher offers a digital subscription outside of its iOS app, it must offer the same subscription offer at the same price or less to customers who wish to subscribe within the apps. Developers also are no longer allowed to provide links that prompt customers to purchase content outside of the app.

The changes are not sitting well with some developers, though. A representative for the Online Publishers Association, which represents Time, Bloomberg and other media outlets, expressed reservations about Apple's new policies.

And finally, WSJ reports that Apple could face antitrust scrutiny for exerting "anticompetitive pressures on price."

None of that compares to the statement Rhapsody President John Irwin made today, though. In no uncertain terms, he called Apple's plan "economically untenable" and even hinted at a potential lawsuit.

"Our philosophy is simple too -- an Apple-imposed arrangement that requires us to pay 30 percent of our revenue to Apple, in addition to content fees that we pay to the music labels, publishers and artists, is economically untenable. The bottom line is we would not be able to offer our service through the iTunes store if subjected to Apple's 30 percent monthly fee vs. a typical 2.5 percent credit card fee."

However, it's the last line that's the most ominous:

"We will be collaborating with our market peers in determining an appropriate legal and business response to this latest development."

Will developer ire die down or escalate as the June deadline approaches for developers to update their apps? Our guess is this is probably just the beginning.