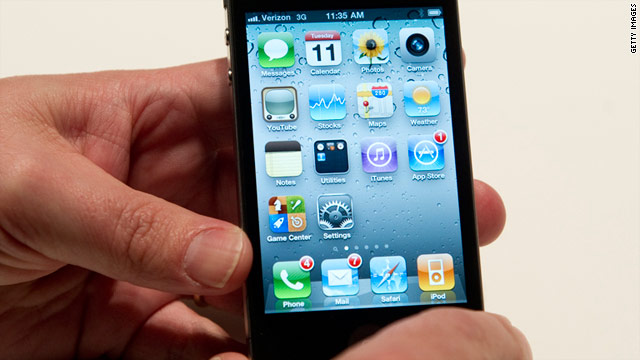 Sources say the new device is intended to be sold alongside the current line of iPhones.
STORY HIGHLIGHTS

(Mashable) -- Is there a smaller, cheaper version of the iPhone on the way? Rumors abound, but now the Wall Street Journal has found "people familiar with the matter" who have actually laid hands and eyes upon it:

"One of the people, who saw a prototype of a new iPhone several months ago, said the new device is intended to be sold alongside the current line of iPhones and would be about half the size of the iPhone 4. The phone, one of its codenames is N97, would be available to mobile carriers at about half the price of Apple's main line of iPhones, the person said."

According to the Wall Street Journal, Apple's also considering making its MobileMe online storage service free, allowing users to store their data in the cloud rather than on a small device such as an iPhone, iPod Touch or iPad.

This move could facilitate a smaller iPhone, which could store most of its data elsewhere rather than within its tiny confines.

When will we see such a tiny iPhone, reportedly one-third smaller than its bigger brother, and costing $200 with no contract?

The WSJ sources are saying this summer, which is right in line with the usual time new iPhones are unveiled.