ComScore on the future of mobile 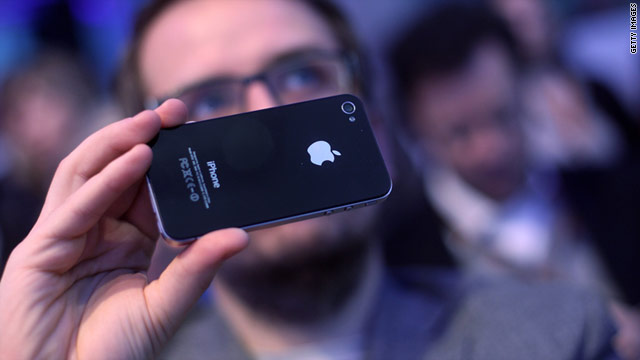 (CNN) -- This week comScore published its 2010 Digital Year in Review report, which covers topics ranging from e-commerce to consumer electronics.

Here are some highlights from last year's mobile trends:

"Feature" phones -- a step down from smartphones -- make up nearly three-quarters of the U.S. cell phone market.

ComScore phrased this as "U.S. smartphone adoption surges past 25 percent penetration." And indeed, the growth in U.S. smartphone penetration (to 27%) during 2010 was significant. For 2009 ComScore reported a 17% smartphone market share; and in 2008 it was 11%.

So yes, smartphones are quickly getting popular -- but it's important to keep this growth in perspective. Not everyone is going to have a smartphone by next Tuesday. Also it's likely that, for the next several years at least, a substantial portion of U.S. mobile users won't get a smartphone -- for reasons of cost, flexibility and simplicity.

BlackBerry is still the most popular smartphone platform, but it's losing ground.

AT&T may soon lose its lead as the top smartphone carrier.

Overall, Verizon is the largest U.S. mobile carrier, serving 31.3% of all mobile subscribers. But among U.S. smartphone users, right now AT&T is the biggest, with 38.3% of smartphone users, compared with Verizon's 26.7%.

ComScore notes: "As an increasing number of smartphone options have become available across carriers, AT&T has seen its smartphone share decline 6 percentage points since December 2009. Meanwhile, Verizon has climbed 3.5 percentage points during the same time period as Android devices using Verizon have penetrated the market at a rapid clip. With the recent iPhone/Verizon announcement, the industry is waiting to see how this deal will shake up the operator market in 2011."

What are Americans doing on their phones?

In 2011, comScore expects to see "continued growth in the use of mobile devices to obtain real-time price and product information in support of an intended in-store buying decision, and the likelihood that the information obtained will drive some of that buying activity to actually occur online."

Where there are buying decisions, there will be advertising. ComScore also predicts: "While still in its infancy, mobile advertising will also become an increasingly important component of the mobile landscape in 2011, as the convenience and nearly ubiquitous nature of mobile make this platform potentially extremely valuable for advertisers."

ComScore also predicts that initially more people will click through on mobile ads than is the case for ads viewed on a computer -- but over time, this lead will likely wane.

But, as I noted earlier, it's likely that U.S. wireless carriers will increasingly move toward tiered data plans, rather than unlimited ones, to keep their networks functioning under the weight of more and more data-hungry smartphones and tablets.

Carriers have been expanding their wireless broadband networks to handle all this traffic. ComScore noted that as of November, half of all mobile phones in use in the U.S. were capable of connecting to 3G or 4G networks. Also, some carriers have started rolling out high-speed 4G or LTE networks. Still, it's unlikely that they'll be able to expand their networks fast enough to keep up with demand fueled by widespread unlimited data plans.

Mobile media is a unique beast.

"Mobile media is not just an extension of computer-based internet usage," the report says, "but is itself a unique platform that by its nature will influence the how, what, where, why and when of consumers' media consumption."