Should The Daily worry about possible Apple bait-and-switch? 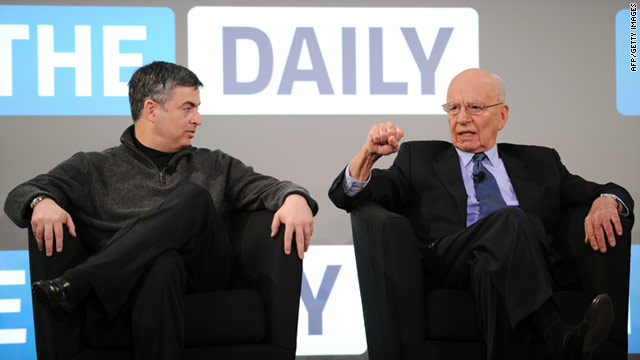 While I listened to the streaming audio, I was scanning the news -- and I spotted a headline that should probably make News Corp. nervous about its new venture: Apple blocks Sony e-book app. Is Kindle next?

First, a bit about The Daily, per today's announcement:

According to News Corp, iPad owners can subscribe to The Daily with one click, at a weekly rate of 99 cents. An annual subscription costs $39.99. The publication also will display paid advertising.

Furthermore, Murdoch confirmed that the iPad will probably be the only provider for The Daily for this year and next year. Eventually News Corp. will be developing editions for all tablet platforms, but for right now, it's effectively an iPad exclusive -- which means News Corp. is relying heavily on the terms of the deal it's worked out with Apple to make the economics of this venture pay off.

Meanwhile, there's that Apple/Sony/Kindle flap, which was sparked largely by this New York Times article.

In a nutshell, Apple rejected Sony's new iPhone/iPad e-reader app from its app store in part because that app would jump readers out into the mobile browser in order to buy e-books. This strategy skirts Apple's considerable 30% cut for in-app purchases -- and it's how Amazon's popular Kindle app has handled purchases from the beginning.

Apple claims that this is not a bait-and-switch rule change. The Times ran this quote from an Apple spokesperson Trudy Muller:

"We have not changed our developer terms or guidelines. ... We are now requiring that if an app offers customers the ability to purchase books outside of the app, that the same option is also available to customers from within the app with in-app purchase."

Which is where Apple takes its 30% cut.

I'm sure News Corp. has worked out with Apple a percentage of subscription revenues that go to Apple. And that's fair, since Apple is providing distribution for The Daily. But what if those terms were to effectively change without notice?

This Sony decision could very likely be a red flag that Apple is willing to change the rules of how it does business without notice, in ways that could affect all of its app providers.

News Corp. has invested lavishly in The Daily, reportedly $30 million, including a staff of 120 and prime Manhattan office space. They're betting heavily that The Daily will pay off big.

But if I were Rupert Murdoch -- or Amazon, for that matter -- right now I would be afraid for my iOS-dependent ventures. Very afraid.

It might be a good idea for News Corp. to bump up the development schedule for its Android edition.