CES has tablets galore, but why can't we touch them? 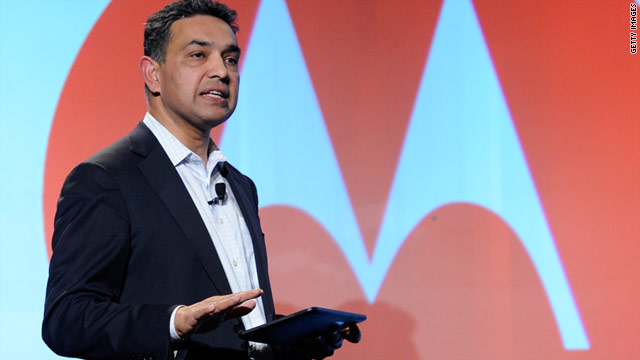 As evidenced by the dozens of tablet computers announced here at the Consumer Electronics Show or waiting for their close-ups at the Las Vegas Convention Center, some look more promising than others.

So far, we've seen plenty of iPad rivals but have gotten to touch only a few. Various breeds are on display at conference booths, some of which we in the tech media expect to get our hands on this week.

But some of the most anticipated tablets are so far apparently too precious for CES attendees to play with in person.

Many of these devices are encased in glass and not touchable yet -- a potentially distressing sign for the development progress of these devices, industry experts and analysts say.

CES is often a time to demonstrate hardware that won't be ready for months, or even years. A smattering of tablets were shown at CES last January, but none proved to rival the iPad in terms of design and software sophistication. (Apple is expected to take another stride forward soon with a new version of the iPad.)

The best of CES
RELATED TOPICS

Motorola Mobility on Wednesday, amidst a showing of new smartphones, announced the long-awaited Android 3 tablet called Xoom. The Xoom will be the retail version of the tablet prototype that Android chief Andy Rubin showed off recently at a conference in San Francisco.

It will be the first tablet running Android's new 3.0 system designed specifically for tablets, said Rubin and Motorola executives. During that December event, when Rubin flicked through some of the software, he prefaced his demonstration saying, "This isn't due out for a while."

Since then, Motorola hasn't developed the product to a point where it's ready for critics. During the demo sessions at Motorola's news conference on Wednesday, only a few prototypes were being handled by spokespeople in the room and only running video demonstrations, not live software.

"It's not ready for prime time, which is why we're showing videos," said one Motorola spokesman at the company's crowded demo event. There, Motorola let users hold and test new phones like the Bionic and Cliq 2.

Motorola was able to provide some technical specs for the Xoom. The tablet will have a 10.1-inch high-definition screen and come packaged with Adobe's Flash software for watching internet videos. It will also have a camera for video chatting using Google's Talk service.

Inside, there's a dual-core processor, which means it will likely be fast. The initial version will only have 3G support for Verizon Wireless, but several months after release, owners will be able to upgrade to a 4G chip, like with other new 3G devices Motorola makes for the carrier. Executives didn't say whether that would cost extra.

Motorola says the tablet will come out in the next few months but did not provide a price.

LG made a surprising announcement about a new tablet hours after its morning news conference on Wednesday. (The timing was due to an agreement with Google, a T-Mobile spokesman said.)

The phone maker says it's also working on a tablet running Android's 3.0 software, called the G-Slate. The device is "expected to be available in the coming months," according to a statement from T-Mobile USA.

"We will have a sneak peek of this device at our (Thursday) press conference," wrote a spokesman for the carrier in an e-mail. When asked whether that sneak peek would allow for hands-on time with the device, the spokesman did not return requests for comment.

Aside from a video on T-Mobile's YouTube page that's nearly identical to "a sneak peek" Google itself posted on Wednesday, little details are known -- no release date or pricing were announced. The device will be able to connect to T-Mobile's new, faster data network.

AT&T also discussed tablets during its conference on Wednesday.

The carrier said a new one from Samsung Electronics would come by the end of the summer, running on its faster data network. That will be followed by another tablet in the second half of the year that works with the soon-to-come, and even faster, 4G infrastructure.

"AT&T took an early lead with tablets in 2010 with the launch of the iPad," said AT&T Marketing Chief David Christopher at the event. "We have a blockbuster lineup of 4G tablets."

No details were provided beyond that, though the carrier stressed its commitment to Android.

Google's free operating system seems to be the hottest one for tablets, not unlike the way Android has risen to challenge Apple and BlackBerry in smartphones.

Also at CES, Samsung Electronics announced that it will add a fifth tablet to its Galaxy Tab series. The new device only uses Wi-Fi, instead of cellular networks, and will be available in the next few months.

Dell announced a new version of its Streak tablet/phone on Thursday, now with a 7-inch screen rather than a 5-inch. The new Streak will be sold by T-Mobile in the next few weeks and includes a beefy dual-core processor.

Dell is also working on a 10-inch tablet, the company said at a T-Mobile news conference.

Even companies not associated with mobile gadgets, like Coby, Vizio and Lenovo, will come out with Android tablets. Lenovo's is a Windows-Android hybrid, which a spokesman said was not near a final build.

Microsoft executives showed onstage an Asus tablet and another from Samsung that slides to transform into a laptop. The latter was described as a "prototype" but will be available in March. These tablets run the desktop version of Windows 7, which has touch-screen features.

Some have criticized Microsoft for not designing a system specifically with tablets in mind, like it did for phones and like Apple and Google are doing for tablets.

"Whatever device you use, now that we're in the future, Windows will be there," Microsoft CEO Steve Ballmer said at a CES keynote Wednesday night. "This is an exciting time for our industry and for our consumers."

Research in Motion is advertising its PlayBook tablet at the convention center. The PlayBook, like many tablets on display here, is supposed to come out in the next few months, said RIM President and Co-CEO Mike Lazaridis in December.

But at a preview event Wednesday night, RIM still had its PlayBook encased behind glass, away from prying fingers. It was unclear early Thursday whether RIM would let people hold the device at its booth on the show floor.