Why we'll never have innovative e-books 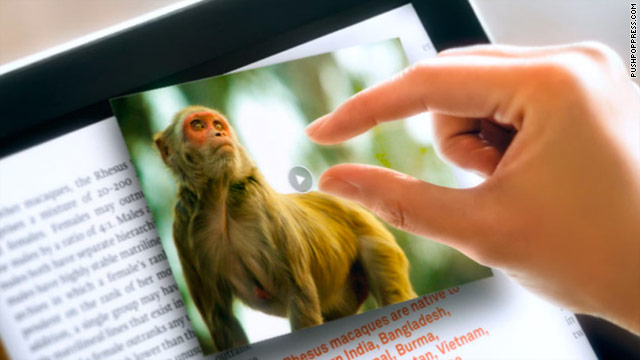 The ideas and technology behind Push Pop Press will be integrated with Facebook, according to its website.
STORY HIGHLIGHTS
RELATED TOPICS

Push Pop published one multimedia book for the iPad, Al Gore's "Our Choice: A Plan to Solve the Climate Crisis." At that time, Push Pop, as Wired.com's Brian Chen wrote, sought to create a "publishing platform for authors, publishers and artists to turn their books into interactive iPad or iPhone apps -- no programming skills required."

Facebook has no interest in publishing interactive e-books. According to Push Pop, "there are no plans to continue publishing new titles or building out our publishing platform that was in private beta."

"Our Choice" will still continue to be sold, but further profits will be donated to The Climate Reality Project. No other books will be published. Instead, "the ideas and technology behind Push Pop Press will be integrated with Facebook."

So instead of an independent born-digital press, publishing next-generation multimedia novels (or magazines or textbooks or children's books or cookbooks), Facebook will probably get marginally better iOS apps.

I'm happy for the team at Push Pop; they're a talented and experienced group, and Facebook is lucky to have them. But as a reader, and as a technology writer who's been writing about digital publishing for as long as I can remember, this news frankly bums me out.

We sorely need independent innovation in digital publishing. We need talented people who are willing to try things. Meanwhile, all of the money, attention and technological skill is marching in the opposite direction.

Most big media companies with plenty of capital and deep technical talent see few if any reasons to innovate or invest in books.

Surely there are writers with fantastic ideas for new kinds of publications. And many of them could also learn the tools to create these apps on their own. But to paraphrase W.E.B. DuBois, when God makes a writer, He does not always make the pushing sort of person who beats his way through doors thrust in her face.

The ideas are there; the talent is there; the readers are there. But when the three come together, inevitably someone else can figure out a way to use the technology for a different end. The better and more experimental it is, the more likely this is true.

This is not the only reason transforming digital publishing is so difficult today. But it is one of them.