Heavyweights due at 'All Things Digital' 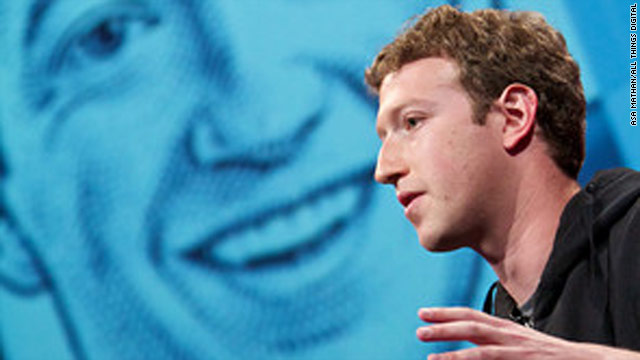 So have Al Gore, George Lucas and John McCain.

Those heavyweights and many more were all speakers at the annual D: All Things Digital conference, which begins Tuesday in Rancho Palos Verdes, California, near Los Angeles.

Created in 2003 by tech columnists Kara Swisher and Walt Mossberg of the Wall Street Journal, the conference is a yearly showcase for tech industry leaders along with bold-face names from business, entertainment and politics.

Over the years, the conference has become known for both its consistent roster of influential Web and tech figures and its relatively exclusive nature: It's held at a luxury resort. Attendance is limited, with past events being held to 500 attendees. (CNN.com will be attending the conference, dubbed D9 because it's in its ninth year, and reporting whenever its speakers make news).

Tech, Web and social-networking companies have been known to roll out new features and gadgets at the conference.

Much of the speculation this year is centered on whether Microsoft will leap into the tablet computer field, aiming to compete with the Apple iPad, RIM's PlayBook and various Android devices.

The emerging mobile-payment space might also get some attention. Google's Eric Schmidt and Twitter co-founder Jack Dorsey, now CEO of Square, are both scheduled to speak.

Both of those companies made announcements last week about apps designed to let people make and receive payments using their mobile phones.

Past D: All Things Digital conferences have produced some buzz-creating moments.

In 2007, Jobs and Gates sat down for a joint interview. In a particularly amusing segment (in retrospect), Gates expounded on his ownership of a tablet computer and how such handheld slates could emerge in the future.

Jobs, who would roll out the iPad just over two years later, just listened and smiled before vaguely predicting more "post-PC devices."

Last year, Zuckerberg's appearance at D8 brought him attention for all the wrong reasons. In an interview with Swisher and Mossberg, he grew sweaty and visibly uncomfortable with questions about Facebook privacy issues, ducking some of the questions entirely.

Zuckerberg's image would rebound in the following months with some smoother media outings, news of his generous charitable donations and, perhaps ironically, "The Social Network," the fictionalized movie about Facebook that many predicted would cast him in a negative light.