When will sci-fi tech become real? Sooner than you think 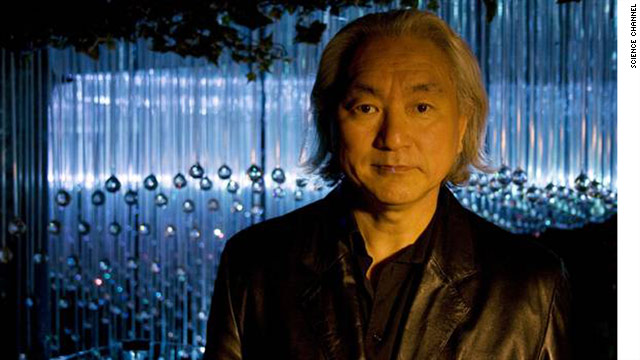 The first, predictably enough for the man who co-founded a branch of string theory, was Albert Einstein.

Kaku, author of the new book "Physics of the Future: How Science Will Change Daily Life by 2100," combines those two loves on the Science Channel, where he hosts "Sci Fi Science" and a tech-themed segment introducing reruns of sci-fi series "Firefly," which airs at 10 p.m. ET Sundays.

"I was thrilled with the idea of starships, monsters from outer space, ray guns," he said. "After a while, I figured out that physics really makes science fiction possible. I figured out that the two passions of my life were the same thing."

We chatted with Kaku about futuristic technology from our favorite science-fiction movies and TV shows. He predicts that that much of it may well come true -- some even within our lifetimes.

And while some of it seems far-fetched, he said to consider how our smartphones, laptops and space missions would have been viewed 100 years ago.

"If they were to see you with all of your wizardry, they would consider you a sorcerer to be able to summon up images from all over the world," he said. "But if someone could come today from the 21st century, what will our grandchildren think of us? In the 21st century, they will have the powers of gods."

Internet in your eyeballs

"The internet will be in our contact lenses," Kaku said. "You'll blink and you'll go online. When you talk to people, you'll see their biographies printed out. When they speak to you in Chinese, subtitles will appear under their names."

He said access to the Web could be turned on and off with just a blink of the eye.

Reminds us of: "Star Trek," "The Matrix"

The first steps in this field have already been taken. But they'll be taking a big leap forward in the next few decades, Kaku said.

"This is 'The Matrix,' " he said. "Tourists will love it because, if you walk in the streets of Rome, the Roman Empire will arise in your contact lens."

Overlaying images on the real world will have more practical applications, Kaku said, and not all of them so peaceful. For example, soldiers might wear special lenses that would help them see enemy locations superimposed over real-life scenes.

"You'll see the internet of a battlefield laid out -- all in a jeweler's lens attached to your helmet."

Reminds us of: "The Terminator" series

By 2050 or so, Kaku predicts that nanotechnology will let us literally change the world around us. No, not with shape-shifting metallic people, but with objects we can rearrange with a few keystrokes. 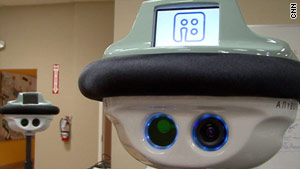 Robot nurses, maids and butlers will be real in the next 100 years, Kaku predicts.

"By midcentury, programmable matter starts to open up," he said. "You'll simply write a software program, and you can literally change a chair into a table."

The technology, he said, will involve tiny chips the size of a grain of sand.

Reminds us of: "Blade Runner," "Lost in Space," "The Jetsons"

We've already got basic robots that will let your boss check in at work, assist with surgery

or even help with disaster relief and recovery.

"We'll have robot maids, robot butlers," he said. "It's debatable how smart they're going to be, but they'll mimic all sorts of human movements."

Reminds us of: "Jurassic Park"

Advances in genetic research, combined with the accelerated discovery of new Ice Age fossils (due to global warming, scientists say) suggest that just because an animal is extinct now doesn't mean it can't be brought back, Kaku said.

"We're in 'Jurassic Park' territory," he said. "If we go to the zoo in the future, we'll have zoos for extinct animals."

Parks full of velociraptors and Tyrannosaurus rexes not enough for you? How about taking it a step further and bringing back cave men such as the Neanderthal?

Scientists say they've already reconstructed the genetic information that made homo sapiens' ancient cousin what it was. Using that to bring them to life is the next step, according to Kaku.

"One professor said that for $30 million it's already possible," he said. 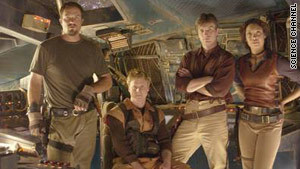 Kaku says "Firefly" is thoughtful science fiction, but its "terra-forming" of other planets is hard to make real.

Scientists are already working to identify the handful of genes that make humans and chimpanzees different. (For the record, scientists say we're 98.5 percent the same.)

"We are double the life span of a chimp. This means that among that handful of genes must be the genes responsible for extending a life span," he said.

Combine that with cellular research that could let scientists regrow heart valves, bladders and other organs, and you've got the ticket to a long life.

"Aging is not necessarily inevitable," Kaku said. "I think in the future we may age to age 30 and (then) cruise."

Some sci-fi tricks we won't see

When: Sadly, not for a long time, if ever

Reminds us of: Today, actually

On the "Firefly" series, humanity has colonized countless planets by "terra-forming" them -- basically altering their environment to mimic Earth's.

It's doable, Kaku said, but not practical.

It would take centuries to terra-form Mars, he says, and require, among other things, a lot of water.

At current rates, it would have to be transported there for roughly $1 million per pound.

"That's your weight in diamonds," he said.

"The warp drive requires a theory beyond Einstein," Kaku said. "Maybe one day ... but not for a while."