What to make of the Apple-Amazon 'app store' feud 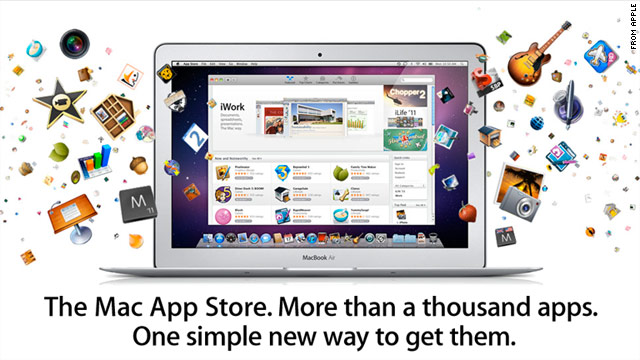 Apple is credited with creating and now expanding the concept of an online "app store."
STORY HIGHLIGHTS
RELATED TOPICS

(CNN) -- The giants of the tech world have worked themselves into a tizzy over the term "app store."

On Tuesday, tensions escalated when Amazon launched an online "Appstore" for Android applications. Note how the online retail company carefully deleted the space between the words "app" and "store," a sort-of-sly way to differentiate its online marketplace from the Apple App Store, which launched in July 2008. Apple filed a complaint on Friday against Amazon over the matter.

Back at the time of the App Store's launch, Apple also requested a trademark of "app store," but that filing is currently being appealed by Microsoft, which, in lieu of being able to use that snappy and sought-after term, has been left with this clunkier moniker: "Windows Marketplace for Mobile."

Other app-store alternatives don't roll off the tongue any easier. Google has the "Android Market" and, for its browser-turned-operating-system, the "Chrome Web Store." BlackBerry has "App World." And Nokia has the "Ovi Store." Use "Ovi" three times in a sentence this week. Report back on how that goes.

Who wins the "app store" war may be determined by trademark attorneys. But some of the big questions they'll consider are fairly obvious: Is "app store" so common that it no longer refers only to Apple's App Store but also to online stores for applications more generally? How common is the term "app"?

Where did it come from? And will consumers confuse the Amazon Appstore for Android with Apple's App Store, as Apple claims is the case?

It's impossible to know what exactly will happen, but CNN turned to a few linguistic experts for some insight on this feud and on the origins of the word "app."

Here's what we learned:

Like 1980s-old. Ben Zimmer, chairman of the new words committee for the American Dialect Society, which chose "app" of its word of the year in 2010, says he found a reference to computer apps that dates to 1985.

" 'Killer apps' back in the old days could refer to a spreadsheet program -- that would be the app that would really drive people to buy some software," he said.

2. The way people use "app" today is pretty new

These days, apps aren't any computer programs; they're lightweight applications that you download from the internet.

"If you ask people what an app is now, they probably would say, 'Oh, it's something you download for your smartphone,' " Zimmer said. Apps also are increasingly coming to other computerized devices, such as tablets and TVs.

"It could be a game, or it could be some clever little piece of programming someone wrote. It's not thought of as a big, cumbersome thing, like people might think of the applications that they run on their PC."

Apple launched its App Store in 2008 and followed up with a prominent marketing campaign claiming "there's an app for that." Both of those events, the linguists said, led to the popular use of the term today.

"They did not create the word 'app.' They did create the phrase 'app store,' as far as I know. And app store, the combination (of words), is what they're trying to protect in the court," said Bill Kretzschmar, a professor of English at the University of Georgia. "They can't own 'app,' because that's a term" that's used commonly, he added.

Perhaps because the tech industry moves so quickly, tech companies have a penchant for trying to own new words and phrases, linguists said.

Bottom line: So many people use the terms "app" and "app store" because they're catchy and popular.

"Maybe the dispute is an indication of the success," Zimmer said. "There wouldn't be a dispute unless 'app' was a very sexy term in the marketplace."

"My personal impression is: I don't want to be sued by Apple," joked Wayne Glowka, dean of the School of Arts and Humanities at Reinhardt University in Georgia. "My daughter has an Android, and everything she has, she calls apps."

Asked what she calls the website where she buys those apps, Glowka said he couldn't think of anything, other than this very disputed phrase: "An app store."