The man who reinvented the keyboard -- twice 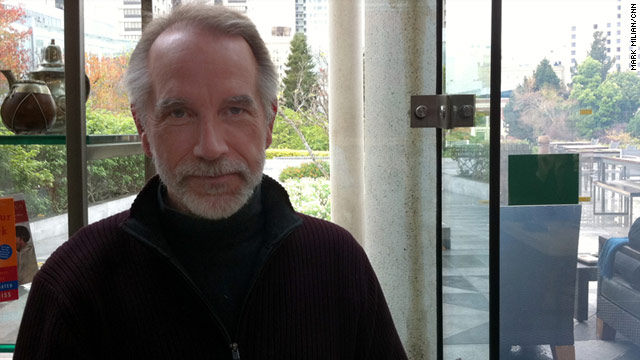 Cliff Kushler is the inventor of Swype, software that lets users of touch-screen keyboards type without lifting their fingers.
STORY HIGHLIGHTS
RELATED TOPICS

But in the meantime, he'll settle for helping humans communicate better.

In the 1990s, Kushler invented a cell phone technology called T9, which helped launch the text messaging phenomenon. And before that, he developed a once dominant language input gizmo for the disabled.

Now Kushler, 58, is rethinking the keyboard again with Swype.

Swype's technology lets users of touch-screen keyboards type -- if you can call it that -- by using their fingers to connect the dots between letters in a word. Users don't have to lift a finger from the screen to type a word or worry if their aim is a little shaky, because Swype's software can smartly and accurately figure out what they meant to say.

The app isn't offered yet in the online Android Market, but the company is taking requests for those who want access to a beta version. In that short period, it's netted more than 500,000 downloads in addition to the 20 million devices it comes installed on.

Ask anyone who's spent time using Swype, and odds are they'll sing its praises. Gadget enthusiasts consistently rate it highly, and buzz continues to build.

With phones' small screens, typing can be a chore. Even the most adept BlackBerry typists can't compete with Swype's efficiency.

To illustrate what a leap forward this concept is, Samsung Electronics enlisted the help of a young office administrator at Swype's Seattle headquarters to demonstrate the technology on camera. In the commercial, Franklin Page breaks the Guinness world record for text-messaging speed using Swype on a Samsung phone.

It [Swype] has the potential of moving the needle a little bit on how people use their phones.
--Cliff Kushler, inventor of Swype software

"It has the potential of moving the needle a little bit on how people use their phones," Kushler said of his invention, with a healthy dose of his legendary modesty.

Swype CEO Mike McSherry is more blunt about his goals. "I want Swype to be everywhere," he said.

A man of faith and ethics

Kushler resembles a sage, with white hair, a more-salt-than-pepper beard and a warm smile. He speaks slowly and carefully.

A resident of Ananda Village, a small commune at the foothills of the Sierras near Nevada City, California, Kushler and his wife meditate for about an hour every morning. He almost always finds time for the daily ritual, though he still hasn't made time to chat with dolphins.

"I've delved into different kinds of spiritual pursuits on and off for decades," Kushler said. "My wife and I are very serious about it."

"I think ideas flow from -- I don't know -- different places," he added. "I don't think everything that's come out of me is something this little brain has generated. I don't want to say I'm channeling somebody or something, but I think [meditation] opens you up to a higher level of intuition."

On one of his semiregular trips to San Francisco, Kushler met a CNN reporter for lunch. Sitting with perfect posture, attained through yoga and martial arts training in his youth, he took infrequent sips of tea and bites of rice with chopsticks wielded expertly.

Friends describe him as humble, mystic, honorable and brilliant.

"Everybody loves and respects and follows Cliff," Swype CEO McSherry said in a recent interview. "He has incredible business ethics."

Convincing McSherry, a co-founder of cellular carrier startups Boost Mobile and Amped Mobile, to join Swype was tough. McSherry was weary of having to negotiate deals with cell phone manufacturers, Kushler said.

"I wanted somebody with experience in the mobile field, but a lot of it was just a person-to-person connection," Kushler said. "I just saw sort of a kindred spirit in Mike."

Trust quickly grew between the two. McSherry worked on Swype for six months without a contract -- "not even a verbal statement of exactly what the understanding was," Kushler said -- but trusted that he'd get a fair deal.

Kushler's path to improving typing on phones was preceded by work on helping the disabled communicate. And before that, dolphins.

As a young man, the Michigan native spent time as a self-described "hippie vagabond." He traveled around the country in his car -- "my dog and I, and a backpack and a guitar," he said.

Destination: California, to find a scientist named John Lilly, who was working on a computer interface that would allow him to speak to dolphins.

"I got obsessed with whales and dolphins and the idea that there's another form of consciousness on this planet," Kushler said. "We don't have to wait for E.T. to land in Washington to have some other intelligence to talk to."

Kushler still believes this, but he keeps getting sidetracked.

"I decided before I went [to find Lilly] that it would probably be much more effective if I actually had some skills in the computer realm," he said. "So I decided to go back to school and study computers, so that I could someday talk to whales and dolphins."

At Michigan State University, he met John Eulenberg, a professor and director of the Artificial Language Laboratory. Kushler said he explained to Eulenberg that he'd taken only one computer class in his life but that he wanted to join the college's master's program to eventually have a chat with some aquatic creatures.

If you look at the nature of the things that [Kushler] has worked on, they're ways of liberating people in big ways.
--John Eulenberg, Michigan State University professor and director of the Artificial Language Laboratory

And Eulenberg said OK. Eulenberg was one of the earliest researchers in augmentative communications -- helping disabled people talk -- and continues to teach today. He introduced Kushler to his field, and Kushler said the professor was a major inspiration.

"If you look at the nature of the things that [Kushler] has worked on, they're ways of liberating people in big ways," Eulenberg told CNN in a recent phone interview. "He believes in doing good."

Kushler didn't graduate from Michigan State. Instead, he took a scholarship to study at the University of Tokyo, where he eventually earned a degree in computer engineering with a focus on disability communication. There, he became fluent in Japanese. (He's currently helping to develop the Japanese version of Swype's keyboard.)

After school, Kushler worked on a system called the Liberator, which became a leading communication device for people who couldn't speak. The system uses a sort of shorthand with graphics and letters representing vocabulary words. Press $-W, and the Liberator says, "I want."

Work on augmentative communications technology became the basis for many of Kushler's breakthroughs. T9 came from T7, which was eye-tracking software for text input designed to help paraplegics. And the new keyboard for smartphones came from an idea about an input method for the disabled, set forth by Swype co-founder Randy Marsden.

While it quickly morphed into a mainstream product, Swype set aside a chunk of its seed money for funding disability applications. Making use of this is one of Marsden's primary initiatives, Kushler said.

Rethinking how we write text messages

In the mid-1990s, Kushler, along with Dale Grover and the late Martin King, invented a method for quickly inputting text on a standard phone keypad. Called T9, the technology allowed users to press fewer buttons in order to type words.

At the time, "text messaging wasn't that big," Kushler said. "It was sort of taking a leap of faith that this would be any kind of commercial success."

Like his later bet on touch screens with Swype, this, too, paid off.

"Cliff is a smart guy, able to do great things with technology," Grover, his former partner, wrote in an e-mail. "Cliff is the voice of reason in situations where others of us were overreacting or not seeing the big picture."

And the big picture, it turned out, was that T9 made people drastically faster typists and reduced the frustrations with inputting text on a phone. And that was the selling point.

Tegic Communications, the Seattle parent of T9, initially ran into resistance from cell phone makers because they rarely licensed technology at that time and failed to see the benefit of Kushler's software.

When Tegic finally bowed to pressure and changed its layout to a standard ABC keypad, phone makers took notice. Samsung was the first to sign on.

Tegic also met with cellular carriers to show them the magic of T9.

Soon, most cell phone manufacturers were eager to sign deals to carry T9. This tactic -- of convincing cell carriers so that they put pressure on their handset partners -- has been a key to Swype's business, too.

AOL acquired Tegic for an undisclosed sum in 1999, when more than 90% of wireless makers were already licensing T9. About seven years later, AOL sold Tegic to Nuance Communications for $265 million.

During his year at AOL following the acquisition, Kushler tried to persuade the internet giant to invest in an idea to help deaf people. Because of AOL's dial-up modem business, the company was "in this amazing position," he said, to bridge the gap between the Web and the then-limited devices for the deaf.

After what he described as "total noninterest" from executives, he left AOL.

Swype's popularity has risen almost in line with the excitement over touch-screen phones. Kushler began developing the technology out of his home more than eight years ago.

Early development was done on Hewlett-Packard's iPAQ, a touch-screen phone with a stylus. This was long before touch-screen interfaces were anything more than a gimmick serving a small niche.

Kushler's son was 2 when development began, and the child and app grew up together. When Chanda Kushler was 4, he Swyped his first sentence: "I love hot cocoa."

These companies don't want to license Swype. They want to buy us.
--Mike McSherry, Swype CEO

On a computer keyboard, Kushler does "three- or four-finger chicken poking," he said. With Swype, he can type at 60 words per minute. But "I don't actually text that much," Kushler said.

Apple, too, took an early interest in Swype. The companies have had at least two meetings, one as recently as a few months ago, McSherry said.

"These companies don't want to license Swype," McSherry said. "They want to buy us."

An Apple executive asked Swype to build a version for the iPhone but said it was unlikely that the company would make an exception to allow the app to replace the iPhone's stock keyboard, McSherry said.

So Swype is using an everywhere-else strategy. In addition to apps for Android and the older Windows Mobile, Swype has versions running on Microsoft's Windows desktop system, ones for televisions that use Nintendo's Wii remote and ones for touch-screen car navigators.

Swype hopes to bring its technology to the screens in airplane headrests. Another team is "very close" to having a prototype working on Microsoft's Kinect camera hardware, which lets you wave your arms and wiggle your fingers to quickly type letters.

Today, Swype is based in Seattle and employs 50 to 60 people, including contractors.

Despite its success, Kushler has ideas for improving his product. He hopes to eventually enable Swype's software to interpret sentence syntax and process language to more reliably guess words.

"Swype is maybe 97% accurate," Kushler said. "Getting that last little bit of accuracy improvement is going to depend on more intelligence about narrowing down -- well, what are the words that make sense in the context?"

He's also busy working on adding other languages and accessibility features to Swype.

So when will Kushler find time for working with sea mammals?

"I think you retire and get yourself a sailboat and go sail around Hawaii and find some friendly dolphins," he said with a laugh. "I think I may have to wait until my next lifetime for that one."