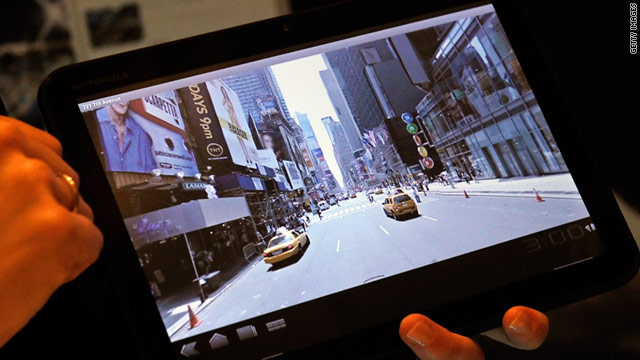 (WIRED) -- Motorola announced dismal device sales in its earnings report on Thursday, with tablets faring near the worst among the company's products.

The company shipped 11 million mobile devices over the past three months, according to the quarterly statement. Yet only 440,000 of those were tablet devices.

Out of the remaining 10.56 million devices shipped, 4.4 million of those were smartphones. That number of course pales in comparison to Apple's 20-plus million iPhones sold last quarter, and even to the 5 million Samsung Galaxy S2 smartphones sold in the first three months of the phone's release. Especially considering that's 4.4 million across all of Motorola's device models.

It's a quarter of rough numbers for the company, which of course is facing competition on all sides.

For perspective's sake, compare the 440,000 Xoom tablets with Apple's numbers this quarter: The Cupertino giant sold 9.25 million iPads over the last quarter, almost 20 times the number of Motorola's Xooms.

And it's important to note that when Motorola says 440,000 units "shipped," that signifies the number of devices sold to retail stores, not to customers. It's difficult to determine how many actual sales to customers occurred without further detail.

And even if the iPad weren't doing so well, the Xoom is still competing with the myriad Android tablets available from other hardware manufacturers.

Still, it's not all doom and gloom for the U.S.-based mobile device manufacturer. Smartphone sales are up from 2.7 million during the same time period last year, which is nothing to scoff at.

But with the majority of phone sales being "dumbphones" -- or relatively low-end cellular devices -- the company's strategy of relying heavily on smartphone sales as a strength has yet to pan out.

With any luck, the company will be able to turn things around as more smartphone devices debut in the fall.

Motorola CEO Sanjay Jha announced that the Droid Bionic -- a highly anticipated dual-core smartphone which was pushed back to the drawing board for further improvements -- will debut some time in September.