Deepak Chopra: How video games and tech can reduce stress 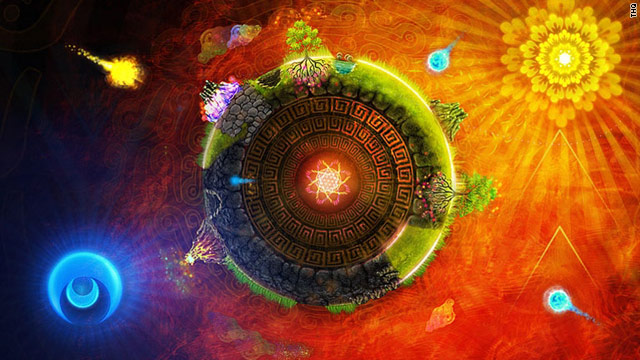 "Leela" will teach gamers how to achieve a peaceful and focused "flow state" using the ancient system of "chakras."
STORY HIGHLIGHTS

Video game and technology expert John Gaudiosi is the co-founder and Editor-in-Chief of Gamerlive.tv video syndication network. He's covered video games for upwards of 400 outlets over the past 20 years from Forbes to The Hollywood Reporter and produces 3D television and online content for outlets like DirecTV and NVIDIA 3D Vision Live.

But mind-body guru Deepak Chopra has another idea: a serene, peaceful game he says can help people relieve stress and achieve inner harmony.

Chopra has spent the past three years designing "Leela," an interactive experience that aims to teach gamers how to achieve a peaceful and focused state of being using the ancient system of "chakras." The game, from publisher THQ and developer Curious Pictures, debuts in November and is marketed as "a journey into the self."

Gameplay focuses on moving one's body to interact with on-screen imagery, which is set to a relaxing soundtrack. Those who play with Kinect will use their arms, legs, hips, and head to perform meditative tasks, while Wii players will use the hand-held controller.

Some examples: One "root chakra" activity challenges players to move their hips from side to side to rotate cracks in a barren planet and unleash rain and sunlight. Another focuses on the "third-eye chakra" and requires gamers to rotate their head to follow a colored path through the game screen. As their head moves, so does the screen.

Research into your well-being

There are no scores kept in the game and players don't have to complete a level before moving from one challenge to the next. Chopra just wants people to interact with the game, whose themes correlates with his teachings.

In an interview for CNN, the bestselling author and alternative-medicine expert talks about the role video games will play in his work and how new technologies are enabling him to further enhance the mind-body experience.

What was it about video games as an art form that attracted you?

So I wanted to explore how you can use games to not only have a good time, but to increase that experience of flow and actually maximize your physical and mental capacity.

How did you create the gameplay experience that people will have in "Leela"? 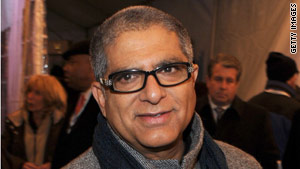 I went to [developer] Curious Pictures in New York and I saw what they were doing in the movie industry, and they had some interest in video games. We had many brainstorming sessions. I used to go and see them almost every week, and we've done that for 2½ years. We spent that time seeing how we could make the game meaningful, but also playful. That's how we came up with the name Leela, which literally means "play."

What would you like to next explore in the interactive space?

I would like to take the video game to the next evolutionary level. In this particular video game, "Leela," we have monitoring of breath as one of the game experiences.

We have 43 games altogether, but there's one that gives you feedback on your breath. And that's the first time it's been done. It's required a lot of technology, and a lot of glitches had to be removed, but I think the next frontier is measuring heart rate variability, which is the most sensitive indicator of stress. It measures your parasympathetic to sympathetic nervous system response.

So that's coming soon, I'm sure. Galvanic skin resistance is coming soon, as well. And the best will be when we can monitor brain waves in a game.

What role do you see technology playing in helping people to improve their mental well-being?

I think the way technology is moving right now, we could probably, with a little deeper understanding, accelerate the evolution of the human brain within a few months [to equal] what might take hundreds of years of biological evolution.

Now, that's a very strange statement when you hear it for the first time. But the way technology is expanding right now, we're getting a better understanding of how experience shapes the anatomy of the brain, as well as all the neurons and neuroplasticity.

There's also genetic indeterminism, which means your genes turn on and off based on your life experiences, and all the work being done in quantum psychology. They're talking about things like you know how your emotions, your relationships, your sense of achievement, and your purpose of meaning in your daily life -- all this actually influences the way your body functions.

Technology is a new frontier, and I'm totally interested in being part of this movement.

Chopra on science, spirituality and superheroes

What are your thoughts on the evolution of technology within video games, as Wii has opened up motion-sensor gaming to Kinect for Xbox 360 and PlayStation Move?

I think it's great. You couldn't have hoped for such a fast evolution in the video game industry. There's so much room for creativity.

Did you play video games at all growing up?

I did not. I did become very interested in playing as you develop these games. I played "Flow," "Flower" and "Child of Eden," which are all interesting games that show what can be done creatively in this space.

What are your thoughts on the role video games play today in society?

We know that video games are more popular than motion pictures, so there's something happening. I think because they're interactive and they are much more fun than being a passive observer, we're going to see games evolve even more moving forward.

I use a gizmo every night that monitors not only my brain waves, it monitors my dreams, it tells me how many hours I was in deep sleep and dream sleep. It records how many times I woke up, what the quality of my sleep was, the demographic I fall into, my age. All of this is already available.

It's called Zeo. So you can go to Zeo.com. And you wear a little headband, and from about 5 to 10 feet away it can measure your brain waves.

What are you most excited about when it comes to the role technology will play in our future?

The way technology moves, it's doubling in its capacity every year. A long time ago I talked to Peter Guber, who used to be head of Columbia Pictures, and I was playing around with the idea of directing your dreams. Sometimes people have the most amazing dreams.

If you could not only learn to watch your dreams, but you could see that you can influence them and choreograph them and become the director and screenwriter of that, the implications would be amazing.

And if there was a video game to do that, "Wow, we would have a completely new way of storytelling." I want to be able to do that in a video game, but we'll see.