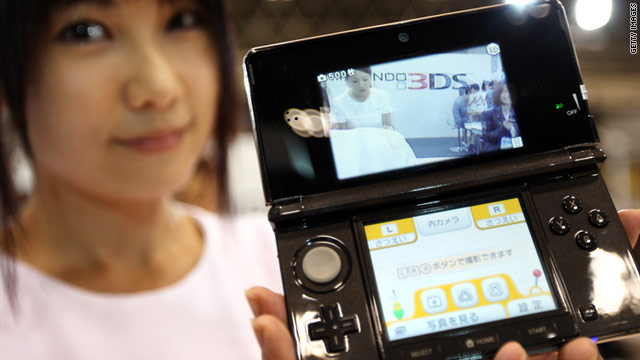 An "inventory issue" caused sales of the black Nintendo 3DS to be temporarily suspended on Amazon on Monday.
STORY HIGHLIGHTS
RELATED TOPICS

A note Monday on the page for at least one version of the device said the item was under review and not currently offered by Amazon. It could have been be ordered at any time from third-party sellers who use the site.

An Amazon spokeswoman said the company received customer feedback that "there may be an inventory issue" with the Cosmo Black Nintendo 3DS.

"The integrity of the product is not under review," she said in an e-mail.

The device appeared to go offline mid-morning Monday. The spokeswoman said it had been reinstated shortly before 4 p.m. ET.

Nintendo of America issued the following e-mail statement Monday evening after the reinstatement:

"An internal Amazon.com shipping issue triggered a brief hold on orders of Nintendo 3DS systems while the situation was reviewed, as is common in such matters. Amazon.com resolved the issue, and Nintendo 3DS orders have resumed. There are no issues with Nintendo 3DS inventory or quality. For additional information about this incident, please contact Amazon.com."

Customers were always able to purchase the Aqua Blue version of the gaming device, further suggesting that it wasn't an actual problem with the device that Amazon was monitoring.

The note that appeared on the black Nintendo 3DS page said the action was taken "because customers have told us there may be something wrong with our inventory of the item, the way we are shipping it, or the way it's described here."

Out of 359 reviews on the page, 28 rated the 3DS with one star. Complaints range from technical problems with the handheld device to a lack of games to the now-familiar issue of headaches after playing.