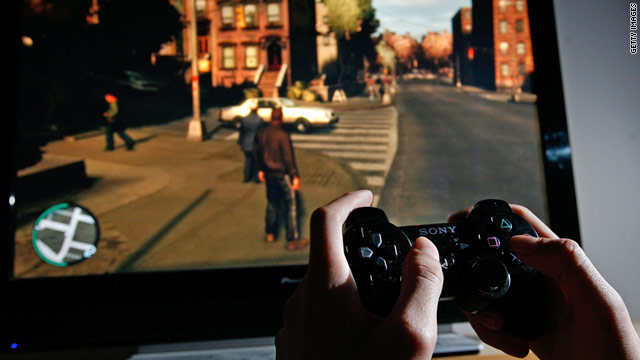 PlayStation 3 owners haven't been able to use their systems to play online or download games since April 20.
STORY HIGHLIGHTS

(CNN) -- It's been seven days since Louis Pietig's PlayStation gaming system worked -- and he's pretty mad about that.

But far more infuriating, he said, is the fact that Sony kept him in the dark for so long about the reason for an ongoing PlayStation Network outage: a hack of its online system that compromised users' personal data possibly including credit card information.

On that subject, Pietig is furious.

"It's ridiculous, the transfer of information from Sony to the end game users," he said by phone, after responding to a query from the @cnntech Twitter feed. "It's deplorable that they wouldn't tell us that you should look at your credit card."

Pietig, a 25-year-old in New York, said he already cancelled the credit card he linked with Sony's network because he was concerned about the security of his financial information.

"If you think for a second that someone may have seen your credit card and you don't get a new one, you're an idiot," he said.

The Sony PlayStation Network -- the online component of the popular gaming system, which allows players to buy games online, play games with friends in remote locations and watch movies through Netflix and other video services -- has been down since April 20.

The network has some 70 million subscribers.

PlayStation users were greeted with an error message if they tried to get online, but the company did not comment on the potential cause of the network outage until Tuesday, when it posted a blog with this statement:

"We have discovered that between April 17 and April 19, 2011, certain PlayStation Network and Qriocity service user account information was compromised in connection with an illegal and unauthorized intrusion into our network."

Sony says it's unclear if users' credit card info was stolen, but the gaming company advises players who linked their cards to the PlayStation Network to check their bank statement for strange activity.

"If you have provided your credit card data through PlayStation Network or Qriocity, out of an abundance of caution we are advising you that your credit card number (excluding security code) and expiration date may have been obtained," the company said in a statement sent to PlayStation users.

The angry comments have been rolling in since.

Many users say it took Sony too long to notify people of the hack.

"Sony has been really bad at handling it. I've been getting all the information on it from other sources," said Justin Coriddi, a 33-year-old PlayStation owner in Orlando. "Over the weekend, their only statement was that they were looking into the issue still. So that was pretty much just saying nothing."

Coriddi said he purchased a video game for Microsoft's Xbox system instead of on Sony PlayStation because of the continuing outage.

"This update is about 6 days LATE," wrote one commenter on Sony's blog. "I think it is time to move to the other network, no regard for customers here."

Sony said Tuesday that it notified people as soon as possible.

"We learned there was an intrusion April 19th and subsequently shut the services down. We then brought in outside experts to help us learn how the intrusion occurred and to conduct an investigation to determine the nature and scope of the incident," the company said in a blog post on Tuesday night.

"It was necessary to conduct several days of forensic analysis, and it took our experts until yesterday to understand the scope of the breach. We then shared that information with our consumers and announced it publicly this afternoon."

The PlayStation Network outage may continue for a while. Sony said Tuesday it could take another week before they "expect to restore some services."