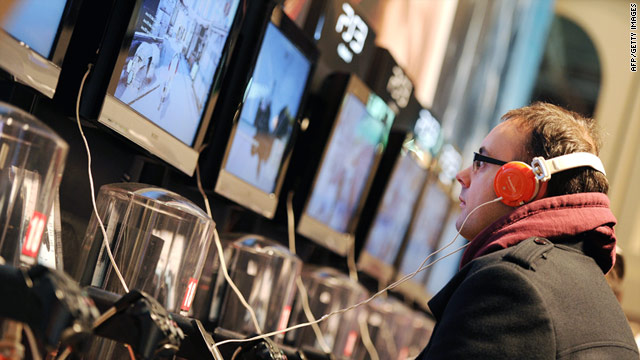 Sony said Thursday that its PlayStation network may be down for a day or two.
STORY HIGHLIGHTS
RELATED TOPICS

(CNN) -- Sony's PlayStation network continued to be down on Friday morning.

The company on Thursday posted a statement on its blog saying the outage, which prevents users of that gaming system from accessing online features, may continue for "a full day or two."

"Dear @playstation, I'ma need for y'all 2 fix this 'not signing' into the playstation network bs asap," one Twitter user wrote.

It's unclear what caused the network to fail, and Sony did not immediately respond to a CNN request for comment.

There are unconfirmed reports, however, that Sony may be the victim of a cyber attack. According to a gaming site, Sony had posted on one of its European blogs that the outage may have been the result of an attack.

It appears that post has since been taken down or edited.

"Our support teams are investigating the cause of the problem, including the possibility of targeted behavior by an outside party. If the reported Network problems are indeed caused by such acts, we would like to once again thank our customers who have borne the brunt of the attack through interrupted service."

The Christian Science Monitor says Sony was the victim of cyber attacks earlier this year.

"The DDoS attacks, made famous after Anonymous' retaliation for the Wikileaks shutdown, were used again earlier this month on various Sony sites. The Low Orbit Ion Cannon (LOIC) was the sci-fi-sounding tool Anonymous used, but it did not bring the network down completely like it was brought down last night," that news site wrote on Thursday.

"Earlier this year, after Anonymous' hack, Sony engineers said the attacks were only 'medium strength' and were more of an annoyance to engineers than anything else. "

Users who tried to log on to the PlayStation network Thursday and Friday were greeted with error messages. The network allows people who own a PlayStation gaming console -- like the PS3 -- to play video games with people in remote locations. Users also can download games from the internet using the network feature.

Sony asked PlayStation users for their patience with the crash:

"While we are investigating the cause of the Network outage, we wanted to alert you that it may be a full day or two before we're able to get the service completely back up and running," the company wrote.

"Thank you very much for your patience while we work to resolve this matter. Please stay tuned to this space for more details, and we'll update you again as soon as we can."