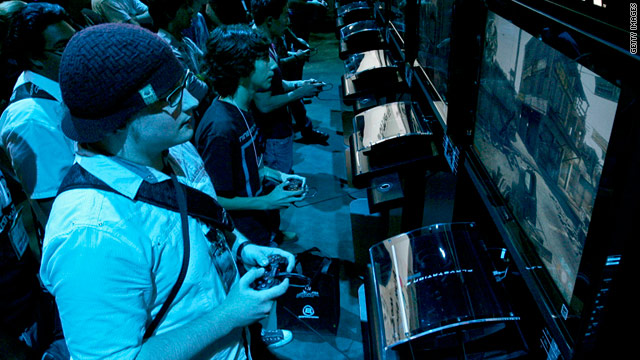 The PlayStation 3, and top competitor the Xbox 360, likely won't be updated before 2014, according to insiders.
STORY HIGHLIGHTS

(CNN) -- Gamers might have to wait at least another three years before there's any update to their Xbox or PlayStation consoles.

Prominent gaming news site Kotaku on Thursday quoted multiple unnamed sources saying both Sony and Microsoft hope to extend the life of the current generation of consoles for as long as possible.

"Both MS and Sony are telegraphing to each other that they're delaying, to milk the current [generation] and fill in previous craters better," said a source Kotaku described as an "insider who has worked with the first-party companies like Sony and Microsoft."

Other sources told the site that 2014 is the target date for the two companies, both of which rolled out significant updates to their gaming consoles in 2010.

Microsoft introduced its Kinect system and Sony introduced Move. Both motion-activated systems that were rolled out at the Electronic Entertainment Expo in Los Angeles.

Such a delay would leave Nintendo as the only one of the big-three console makers expected to introduce a new product in the near future.

As Sony and Microsoft pushed their motion systems (in some ways an effort to catch up with Nintendo's motion-activated Wii) Nintendo stood pat in that space at E3. Instead, the company focused on software and its new handheld 3DS gaming system.

Observers expect Nintendo to announce, and possibly demo, an updated Wii at this year's E3.

As Kotaku notes, a wait until 2014 would make the Xbox 360 Microsoft's lead console for nine years and Sony's PlayStation 3 its top product for eight. That's an eternity in the world of consumer electronics.