Get ready for the Nintendo Wii 2, reports say 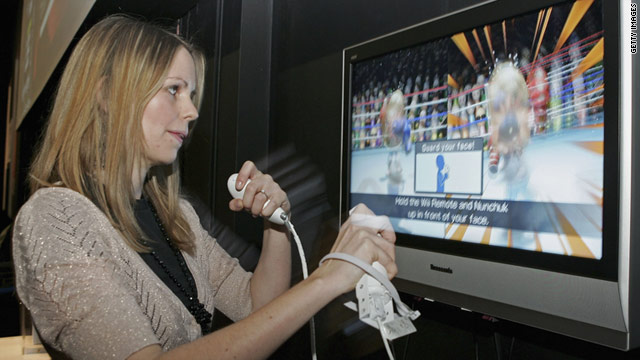 Nintendo is rumored to be working on a Wii 2, which may be unveiled in June or potentially sooner.
STORY HIGHLIGHTS
RELATED TOPICS

(Mashable) -- Nintendo could be revealing a HD successor to the Wii console this summer, according to new reports.

There hasn't been a new gaming console since the launch of the Wii and PlayStation 3 in November 2006. However, Microsoft has breathed new life into its console, the Xbox 360, thanks to the Kinect. The Wii, which has been best the best-selling console for years, is about to lose its first place position.

While Nintendo intends to respond to the Xbox threat by cutting the Wii's price next month, it looks like the gaming company has another trick up its sleeve: a brand new HD console.

According to Game Informer's sources, Nintendo plans to unveil a new console at the E3 conference in Los Angeles in June or potentially sooner.

Very little is known about the rumored console, not even the name (Wii 2? Wii HD? Wii 360?), but it's likely to be more powerful than the Xbox 360 or the PlayStation 3, according to Kotaku.

Nintendo has apparently been showing off the system to third-party developers so they can prepare titles for the console's eventual launch in late 2012.

The Wii captured the hearts and minds of casual gamers with its innovative controller system and its lower price point, but the specs and visuals of its rival consoles are far stronger, giving them greater longevity.

Microsoft has also mitigated the Wii's advantage with causal gamers, thanks to Kinect. Perhaps that's what is driving Nintendo's rumored decision to be first on the market with a new console.