Samsung exec: Our tablet is 'inadequate' 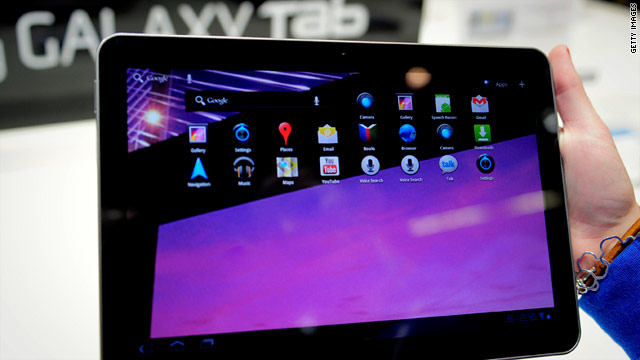 Samsung's mobile VP said they will have to improve parts and the price of its 10.1-inch Galaxy Tab to compete with the iPad 2
STORY HIGHLIGHTS
RELATED TOPICS

(Mashable) -- In a refreshingly honest statement, Samsung's mobile division VP Lee Don-Joo admitted that the iPad 2 made some parts of Samsung's 10.1-inch Galaxy Tab look "inadequate," and the iPad 2's pricing might force Samsung to lower the price of its tablet.

"Apple made it very thin (...) We will have to improve the parts that are inadequate," Lee Don-Joo told Yonhap News Agency.

We feel that a bit of information might have gotten lost in translation from Korean to English, as we definitely don't expect Samsung to pull the 10.1-inch Galaxy Tab from the market and release a thinner version. It's more likely that Samsung simply sees the iPad 2's thinness as a big challenge for its future tablet models.

The other part of Lee Don-Joo's statement is clearer and far more telling. "The 10-inch (tablet) was to be priced higher than the 7-inch, but we will have to think that over," he said.

Samsung, unlike some of its competitors -- for example, the Motorola Xoom -- won't try to compete with the iPad at a higher price point just because some of the hardware of its tablet looks better on paper and that, in our opinion, is the right approach.

Apple has set the price for its tablet in the $499 -- $829 price range (with the cheapest 3G-sporting option being priced at $629), and any Android tablet will have a hard time competing with the iPad 2 at a price too near the upper end of that spectrum.