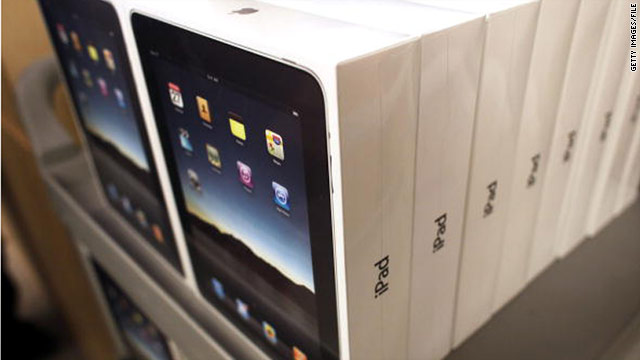 Apple may have a surplus of original iPads on hand to sell.
STORY HIGHLIGHTS
RELATED TOPICS

(CNN) -- With the iPad 2 going on sale in a week, Apple appears to be working to unload its remaining inventory of the tablet computer's first generation.

People who bought an iPad from Apple in the past two weeks can get a $100 refund.

Current iPad owners, looking to unload their current models before they seem dated, flocked to retail websites. A search for "iPad" on eBay Thursday produced more than 57,000 items, although many of those were accessories.

Craigslist's San Francisco site featured almost 800 iPads for sale Thursday, the majority of them listed in the past two days. A few used models were being offered for less than $300.