'Sims' creator: 'Games are not the right medium to tell stories' 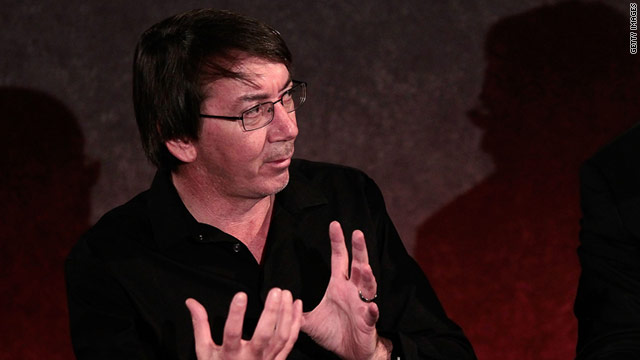 The video game legend, who created "The Sims" and "SimCity," would surely have had no trouble selling his new idea to Electronic Arts or any competing game publisher.

"Games are not the right medium to tell stories," Wright said in a recent interview. "Video games are more about story possibilities."

Though Wright is finally ready to create something with a cohesive story, the plot and script are not his own.

For "Bar Karma," Wright and TV industry veteran Albie Hecht took the concept of a show driven by fan input and started recruiting.

People submitted ideas and voted on the program's website. The outcome was a drama about a mystical barroom where patrons must come to terms with morals and involves spiritual concepts like fate.

The show runners have built a community of 20- and 30-somethings -- an advertiser's dream demographic -- composed evenly of men and women who check into the site or use an iPhone application, Wright said.

The show premiered on the Current TV network last Friday, and fans can surf to its website to join in on the production of future episodes. The process of idea-to-shooting for each episode takes several weeks, Wright said.

"This is storytelling," he said. "Television is a very different thing from video games. It's kind of hard for me to compare."

Wright's conviction that video games should be open-ended is clear from the types of products he's made.

"SimCity" lets players lay out roads and buildings to construct their own metropolises. The game never really ends, until you get bored or fill up every last inch of land. In "Spore," the most recent game Wright designed, you play a god who can mold creatures and organize societies.

"The Sims" is a virtual dollhouse in which you control a family of humanoids. It's the top-selling computer game franchise of all time and has sold more than 125 million units across all platforms.

Of all the "Sim" franchises (little-known editions include "SimAnt," "SimLife" and a handful of others), none adheres to any kind of story line. Games are meant to let people "create their own stories," Wright said.

While Wright's work in gaming has flourished with this credo, others have achieved a similar rock-star status at the other end of the spectrum.

For one, Rockstar Games received critical acclaim during the last decade for its string of hits in the "Grand Theft Auto" series. The games uniquely capture the eras they aim to re-create and attract Hollywood actors to read dialogue, including Samuel L. Jackson, Burt Reynolds and Ray Liotta.

For gamers, the experience can feel like playing through a big-budget gangster movie.

Wright considers himself a fan of the controversial "Grand Theft Auto," but he bypasses the mission-driven storylines that have won the franchise such favor.

"What I enjoy about 'Grand Theft Auto' is kind of going out and creating my own story," he said.

Another celebrated game maker is Hideo Kojima, the Japanese creator of the "Metal Gear Solid" franchise.

In that series, players generally assume the role of Solid Snake, a grizzled spy who can sneak through terrorist compounds, snap dozens of soldiers' necks and defuse a bomb before getting noticed. The games are renowned -- and sometimes criticized -- for lengthy cinematic interludes that advance the philosophical plots.

"That's not the kind of game I like playing," Wright answered tersely to a question about "Metal Gear Solid."

A spokeswoman for Kojima Productions and Konami -- the companies that develop and publish the games, respectively -- declined to comment.

On TV, a different type of interactivity

Being one of the top names in gaming doesn't necessarily convert to other industries, as Wright discovered with his new project.

Before Current, Wright approached a few other networks with the idea of letting fans use the program's website to craft plots. "Most of them, basically, kind of laughed me out of the building," he said.

Doing internet video was always an option, but Wright knew it would hinder his goal of achieving "something with HBO production values," he said. "I think television is still kind of considered almost the primary place where you go to watch high-quality video."

So Wright landed at Current, where he was welcomed by the network co-founded by Al Gore. Current, which reaches some 75 million homes but has struggled in ratings, is looking to revitalize with new programming such as "Bar Karma" and a show hosted by former MSNBC commentator Keith Olbermann.

While EA doesn't get to have a hand in Wright's new project, he says he's also working on new games and methods for making movies more interactive.

Don't feel bad for EA, though.

The company, where Wright used to work and which published many of his games, is an investor in Wright's Stupid Fun Club, which is the incubator for his new projects. So EA can still reap the rewards of "Bar Karma" if the show does indeed strike the right chord with viewers.