What's all this #CES business about? 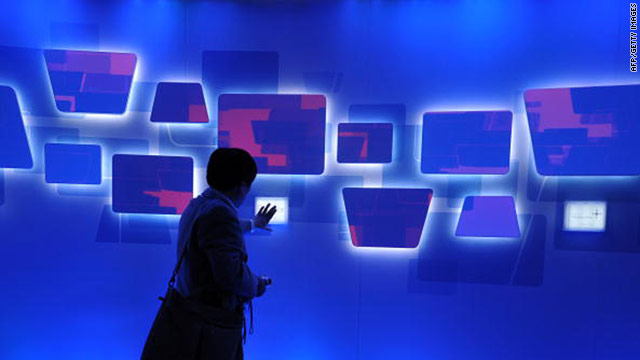 The Consumer Electronics Show, held this week in Las Vegas, helps set the tone for the year in technology.
STORY HIGHLIGHTS
RELATED TOPICS

(CNN) -- If you spend any time on the internet or with geeky friends this week, you're sure to come across an acronym that's pervasive in the world of technology each January: CES.

The Consumer Electronics Show, which officially runs Thursday to Sunday in Las Vegas, bills itself as the "world's largest consumer technology trade show." Others have called it a "gadget Super Bowl" and "Christmas morning" for nerds.

Really, just pick a metaphor and run with it.

"It's the World Cup of technology. It is the geek gathering for the world," said Gary Shapiro, head of the Consumer Electronics Association, which hosts the annual, international event. "And everyone touched by technology goes there, with over 120,000 people in one location. They're all there. It's the who's who of technology. Nothing replicates it."

There's some history to back up those comparisons. Commercial VHS, DVD and Blu-ray formats all debuted at the trade show. The personal camcorder, the Atari game "Pong," Microsoft's Xbox console and HDTV all chart their origins to CES, too.

The show essentially sets the year's tech trends, hitting on themes that will keep popping up and evolving all the way through the holiday shopping season. Last year at CES, 3-D television and tablet computers -- or at least the promise they represented -- were all the rage.

This year's show promises to be grander than those in recent memory, which suffered in attendance and scope in part because of the economic recession. About 2,500 companies will show off new tech toys at CES this year, Shapiro said, and their eye-poppingly opulent showcases will cover more than 1.6 million square feet of space at the Las Vegas Convention Center, which is up 11% over the size of last year's show.

"You can't even physically see the entire show in the four days of the show," he said, noting an issue that's always the talk of worn-out journalists and industry insiders who attend. "It's literally miles of exhibit space. There's over 20,000 products that will be introduced there. It's kind of overwhelming."

But bigger may not necessarily be better.

Ahead of the show, many bloggers and analysts are focusing not on the companies that will be at CES but the one that won't: Apple.

"Apple seems set to dominate CES once again next year, even though it won't actually attend the show," wrote a Computerworld blogger. Last year's CES was swirling with rumors about an impending Apple tablet device, which Apple CEO Steve Jobs unveiled as the iPad later that month.

This year, Apple "has two fangs to suck the blood out of CES," writes the blog TechCrunch, noting that two Apple rumors -- that it will soon announce an iPad 2 and an iPhone on the Verizon network -- may steal some CES thunder.

Apple is the world's largest tech company in terms of market capital. And, perhaps more important, it's arguably been doing more to advance consumer electronics hardware in recent years than Microsoft, Sony, Panasonic and the other big-name companies that exhibit at CES.

In 2007, Apple released the iPhone, one of the first touch-screen smartphones. Now everyone makes those. In April it began selling the iPad, the first successful touch-screen tablet computer, and created a market for an entire new category of consumer electronics.

Expect as many as 80 tablet computers to be on display at CES this week, said Shapiro. Bloggers have been calling this year's CES "tablet mania." But the iPad, the gadget everyone wants to compete with and that accelerated this frenzy for media-consumption devices, will be conspicuously absent.

Because it's so hot right now, Apple is able to take a go-it-alone approach to product releases, summoning the world's tech media to the Bay Area for press conferences that focus only on its new products and bottom line.

Others, however, still need the critical mass of CES to attract buzz.

Google is another missing player at the trade show, although its Android operating system -- which is competing most successfully with Apple's iOS -- will have a big presence at this year's CES, said Shapiro. That's because Google's Android powers many of the smartphones and tablets that aim to compete with Apple's products.

But Apple or no Apple, Google or no Google, CES still has a firm grip on driving the year's consumer technology trends and is worth the attention it gets, said Kurt Scherf, vice president and principal analyst at Parks Associates, a research group.

"It's large and exhausting but at the same time I really find it to be the most important (event) of the year in terms of how it generates excitement about what's possible with consumer electronics and services," he said. "It's a really exciting show."

Shapiro said CES will "knock your socks off." We'll find out in a few days.