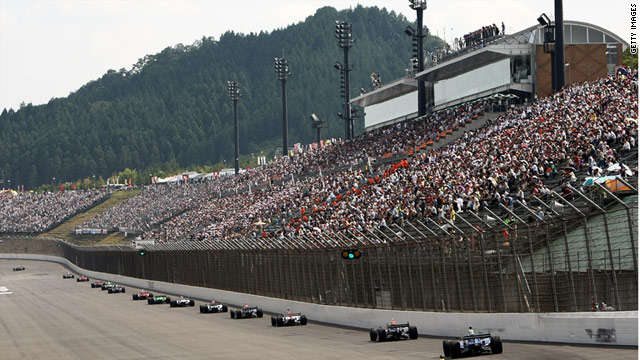 (CNN) -- The U.S.-based IndyCar motorsport series will have only one overseas race next year after organizers decided to drop Japan from the calendar.

The Twin Ring Motegi circuit will host its final IndyCar event on September 18, having been the first international race to be added in 2003.

"As INDYCAR and the IZOD IndyCar Series continue to evaluate their long-term plans, we must look to build the sport and its viewership," commercial division president Terry Angstadt said in a statement on Wednesday.

"We believe it is important that the final few events on our schedule give us the opportunity to be broadcast live during times that maximize our viewing audience as we build up to the championship."

The decision means that Brazil's Sao Paulo Indy 300, held in May, will be the only race outside North America in 2012.

Twin Ring Motegi opened in 1997 and is owned by Mobilityland, a subsidiary of Japanese car manufacturer Honda.

It was the scene of Danica Patrick's historic first victory by a female driver in 2008, while overall series winners Dan Wheldon, Scott Dixon and Tony Kanaan have all triumphed there.

Motegi, which is the only oval track in Japan, also hosts motorcycling's top class, MotoGP.

"After having played host to the event for so many years with all the support and help from the people concerned, we have decided, albeit regrettably, that it is extremely difficult for the company to keep hosting a round of IndyCar Series in the face of the on-going business environment," Mobilityland president Hiroshi Oshima told the IndyCar website.

"While it is indeed a pity to have to put a stop to the event that has been developed together with the local community, we are now set to move ahead and promote future events and motorsport programs by building on our past 13 years of experience and know-how gained from the American motorsport with its trademark spirit of challenge."