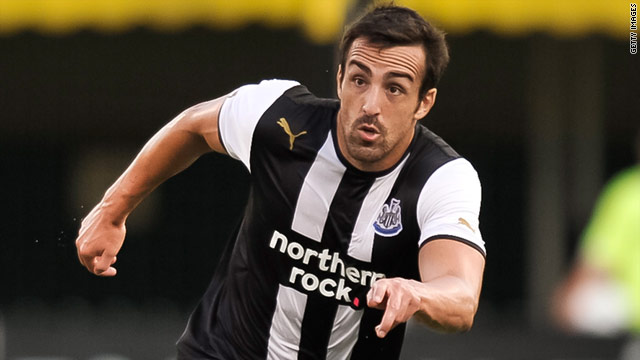 Enrique, 25, will now travel to Merseyside to undergo a medical with the Anfield club and discuss personal terms.

"Liverpool FC confirmed today that they had agreed a fee with Newcastle United for the transfer of Jose Enrique," read a statement on Liverpool's web site.

Spaniard Enrique arrived in England from Villarreal in 2007, and was part of the Newcastle squad that was relegated from the Premier League in 2009.

The club gained promotion back to the top division the following season.

Should the former Valencia defender complete his move to the five-time European champions, he would become their fifth signing of the off-season.

Newcastle also confirmed the deal on their web site: "Newcastle United can confirm that a fee has been agreed with Liverpool for the transfer of Jose Enrique.

"The player will travel to Liverpool today to discuss personal terms and undergo a medical."

Both teams are set to begin their league campaigns this weekend, with Newcastle hosting Arsenal and Liverpool facing Sunderland.