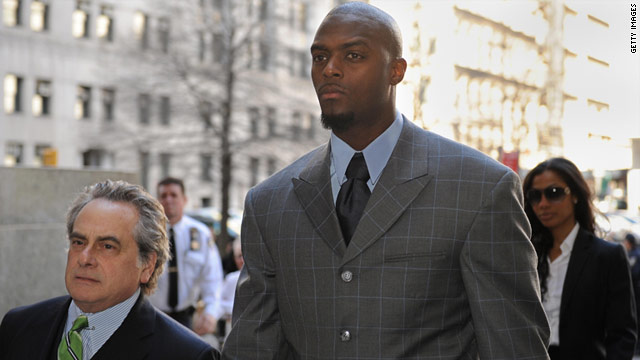 New York (CNN) -- Former NFL wide receiver Plaxico Burress was released from a New York prison Monday after serving 20 months on a weapons charge stemming from a shooting incident at a nightclub.

The former New York Giants player accidentally shot himself in the leg with a .40-caliber semiautomatic pistol he was carrying in his waistband. The incident occurred in November 2008, in the VIP area of the Latin Quarter nightclub in Manhattan.

He spent the last 20 months at the Oneida Correctional Facility in Rome, New York.