Hearing ends with no decision on NFL lockout dispute 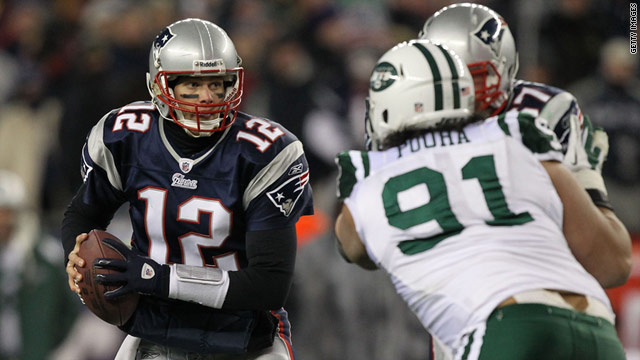 New England Patriots quarterback Tom Brady is one of the players named in the lawsuit against the NFL.
STORY HIGHLIGHTS
RELATED TOPICS

St. Paul, Minnesota (CNN) -- The long, complicated legal road for NFL players and owners kicked off in a federal courtroom Wednesday, as both sides made their case for and against lifting a lockout that could delay the start of the football season.

At the conclusion of the hearing, Judge Susan Richard Nelson said she expected to make a decision in a couple of weeks.

The lockout is the result of an ongoing dispute between the NFL owners and the players who failed to reach a collective-bargaining agreement last month.

Tom Brady, Drew Brees, Peyton Manning and seven other players have filed a lawsuit on behalf of other current and eligible NFL players against the league to halt the lockout, which could affect the start of the 2011-12 season scheduled for September 8.

What to expect from Brady v. NFL

They want a preliminary injunction to block the lockout. The players also want a future trial to determine if the NFL lockout is in violation of federal antitrust laws.

In his opening statement to the judge, the players' attorney James Quinn stressed the players face "irreparable harm" to their careers, income and health, if a preliminary injunction is not granted.

"They say there is irreparable harm, we say there is not," Boies told the judge. "There are numerous factual disagreements between the parties."

Nelson asked several times whether an evidentiary hearing is necessary to resolve the factual disputes. But Quinn said, among other things, that would only "delay" this process.

On Monday, Nelson agreed to combine Brady v. National Football League with another class-action lawsuit, Eller v. NFL, filed in March by a group primarily made up of retired NFL players.

That second lawsuit is "potentially more threatening" because the plaintiffs in Eller v. NFL are not bargaining members of the NFL's players union, the National Football League Players Association, or NFLPA, and the NFL cannot argue that they engaged in bad faith during collective-bargaining discussions, according to SI.com's legal analyst Michael McCann.

"The NFLPA may be removed from the picture in Eller v. NFL, a point which would take away a key defense the NFL enjoys in Brady v. NFL," McCann said.

Last month, negotiations between the NFL and players union aimed at preventing a work stoppage broke down. The union decertified itself. By giving up their collective-bargaining rights, the players could file individual antitrust suits against the league and the owners. That move set the stage for a lengthy legal battle with owners.

The owners say that the current labor deal doesn't take into account the rising costs related to building stadiums and promoting the game. The players argue that the league has not sufficiently opened up its books to prove this point.

In addition, the owners also want to increase the season by two games, which some players are against because of the risk of injuries.

A lockout also affects the league's employees: the receptionists, ticket salespeople and stadium workers. The New York Jets have announced that they will require all business-side employees to take a one-week unpaid leave each month during any lockout.

Poll: Who do you think is to blame?

The lockout will not stop the NFL Draft, which will proceed as scheduled on April 28-30, the league said.

"Teams might (pick) based on needs rather than the best players available, because who knows when they'll be able to address those needs on the free-agent market," Politi said.

It is possible for the NFL season to go forward with replacement players, but analyst McCann said that is not likely:

"Practical and legal hurdles would make doing so extremely unlikely," he said.

"The NFL might argue that if NFL players won't accept the league's best CBA (collective-bargaining agreement) offer, the league has no choice but to resume games with other players who are willing to play," he added.