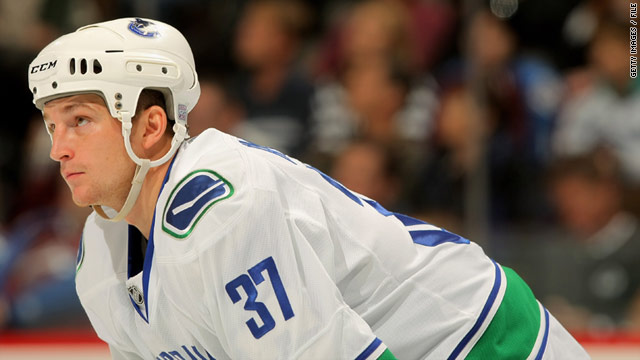 "We are deeply saddened to confirm Rick's passing," said a statement released by the Winnipeg Jets Hockey Club. "His hunger for the game made him a valued team member both on and off the ice. This loss has impacted us as more than just a hockey team."

The 27-year-old forward was found dead at his Crowsnest Pass home, Royal Canadian Mounted Police officials told the Toronto Globe and Mail. His cause of death did not appear to be suspicious.

Rypien, who had spent his entire six-season NHL career with the Vancouver Canucks, signed a one-year contract with the Jets last month, the team said.

"Rick has been a beloved member of the Canucks family for the past six years," Vancouver said in a statement. "Rick was a great teammate and friend to our players, coaches and staff."

Rypien also played for the Manitoba Moose of the American Hockey League and the the Western Hockey League's Regina Pats during his professional career.