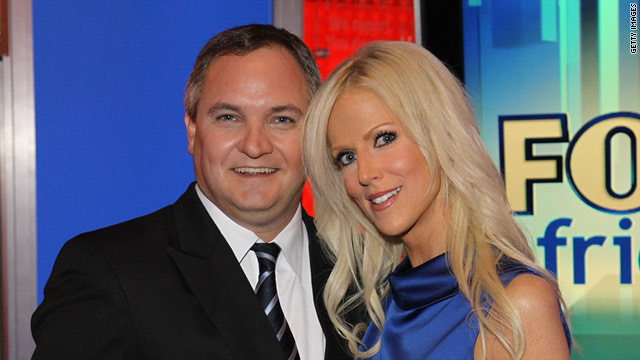 (CNN) -- Tareq Salahi is "greatly hurt and disturbed" by wife's "adulterous affair" with a rock musician and he wants a divorce, according to court documents.

She "was engaged in an adulterous relationship with one Neal Schon, her paramour," the divorce petition said. "I also understand that his rock band Journey paid for her travel, accommodations and other expenses."

The Salahis' split became public last Wednesday when Tareq Salahi told reporters that he thought his wife had been kidnapped when she disappeared on Tuesday.

She told a sheriff's deputy that she was "with a good friend and was where she wanted to be," Warren County, Virginia, Sheriff Danny McEathron said in a statement to CNN Wednesday afternoon.

Salahi files for divorce from wife

The reality show personality traveled last Tuesday to Memphis, Tennessee, where Journey was performing, to be with Schon, a representative with Scoop Marketing confirmed to CNN Wednesday. Scoop Marketing represents Schon.

"She stated that she was not returning home and had thus abandoned the marriage and marital home," his divorce petition said.

But what really hurts about his wife's "adulterous friendship" is that she "has flaunted the same throughout the community, the nation and indeed the world, and thus caused me to suffer great harm, humiliation, and embarrassment," his court filing said.

An e-mail Salahi said was sent to him from Schon's e-mail address was included in the filing. It contained a photo of an unidentified penis, he said.

"At no time whatsoever have I condoned or acquiesced to the adulterous affair," Tareq Salahi said.

"There is no hope or possibility of reconciliation," he said.

The couple, married for nearly eight years, has no children.

They gained notoriety when they were photographed with President Barack Obama at a White House state dinner, to which they were not invited, in November 2009.

The "Real Housewives of D.C." TV series was canceled by Bravo earlier this year.