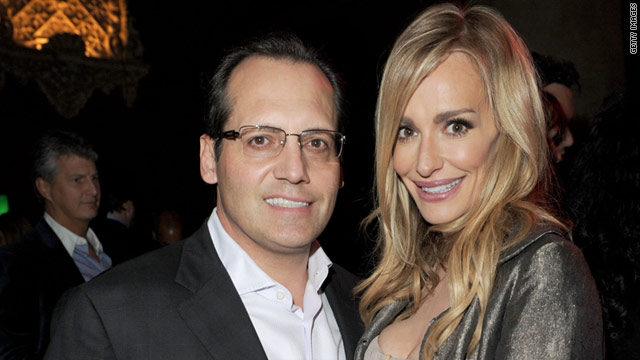 Los Angeles (CNN) -- Russell Armstrong had no alcohol, prescription drugs or illegal substances in his body when he died last month, toxicology results released Wednesday by the coroner concluded.

The Los Angeles County coroner ruled last month that Armstrong committed suicide by hanging himself with a rope. He appeared with his wife on Bravo's "Real Housewives of Beverly Hills."

Assistant Chief Coroner Ed Winter dismissed any speculation, raised by a celebrity news website report, that Armstrong could have been murdered.

His wife, Taylor Armstrong, agrees that it was a suicide, Winter told CNN. He said she told him in a conversation Wednesday that she does not believe her husband was murdered.

Russell Armstrong was found dead at a home in the hills above the Los Angeles suburb of Bel Air last month, police said. His wife had filed for divorce in July, telling People magazine that she was verbally and physically abused during their nearly six-year marriage.

Russell Armstrong sister: It was murder

Armstrong, who was defending himself against a multimillion-dollar lawsuit, was financially drained at the time of his death, his lawyer Ronald Richards said. His credit cards had been suspended, adding to the pressure, he said.

Armstrong complained before his death that the reality show was going to "crucify" him in its upcoming season, his mother said last month.

John Ann Hotchkiss said she would like to see more investigation into her son's death.

"I don't think he would do this," she said Wednesday evening on HLN's "Issues" with Jane Velez-Mitchell. "He loved his family. He loved his children almost to a fault. They were everything to him."

"Absolutely it was not a suicide," said Armstrong's sister, Laurie Armstrong Kelsoe.

"This is real to our family," Kelsoe told HLN's Nancy Grace. "We need to put a face on this man that they have depicted as a monster, and he is not."