T.I. tweets 'da sun back out' as he steps out of prison 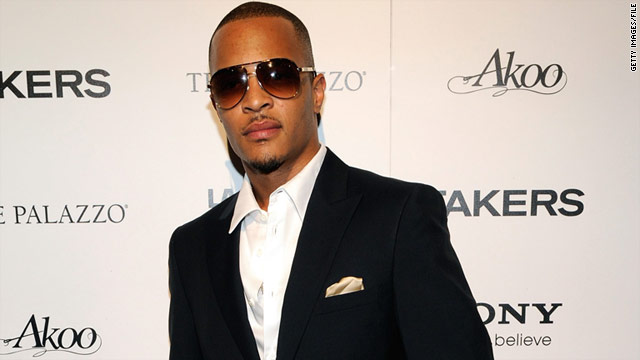 (CNN) -- Rapper T.I. walked out of a federal prison in Arkansas Wednesday morning, 10 months after he began serving a sentence for violating his parole on a gun conviction, a prison official confirmed.

"The storm is over & da sun back out. IT'S OUR TIME TO SHINE SHAWTY!!!!! Welcome to the beginning of our Happy Ending!!!!" T.I., whose real name is Clifford Harris, wrote in a Twitter message Wednesday.

T.I. will complete the last weeks of his 11-month sentence in a community service center, or half-way house, but Bureau of Prisons spokesman Chris Burke would not disclose its location until the singer gets there.

This was the rapper's second stint in the Federal Correctional Center in Forrest City, Arkansas. He served seven months there in 2009 as part of an unusual sentence negotiated two years ago to resolve federal gun charges. Those charges followed his attempt to buy three machine guns in the parking lot of an Atlanta grocery store.

"Feels great to be back where I belong... Back in the arms of those who need me the most," T.I. tweeted Wednesday.

Cable channel VH-1 announced just hours after his release that it was producing a reality series to show T.I. "as he re-adjusts to life as a free man after being incarcerated for nearly a year in a federal prison in Arkansas."

The as yet-untitled 10-episode series will premiere in December, VH-1 said.

MTV produced a series in 2009 based on the countdown to his first prison term, titled "T.I.'s Road to Redemption."

His latest prison time was triggered by his arrest, along with his wife, after a motorcycle officer stopped their car on Sunset Boulevard in Beverly Hills, California, a year ago.

A police report said suspected drugs were found in the couple's car and they were both arrested on drug charges. While the charge against Harris was later dropped, he failed a drug test given by his parole officer.

The cornerstone of the plea deal was his community service, which included the rapper speaking to young people about the importance of staying off drugs and out of trouble.

At a federal parole violations hearing a month his arrest, Harris acknowledged that he had a drug addiction problem.

"I screwed up big time and I am sorry," Harris told U.S. District Judge Charles Pannell, Jr. "I am sincerely sorry. I am scared that you will send me to prison."

"Mr. Harris has had the limit of second chances," Pannell said as he imposed the 11-month sentence last October.

"He was supposed to be living what he was preaching," U.S. Attorney Sally Yates said at the hearing.

Harris is an Atlanta-based rapper, music producer and actor. He is also the head of the Grand Hustle record label.

CNN's Denise Quan and Devon Sayers contributed to this report.