Janet Jackson: Michael tribute is 'too difficult for me' 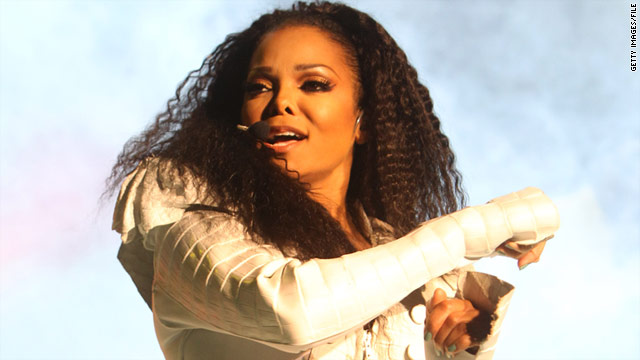 A day after what would have been her brother's 53rd birthday, Janet Jackson said she won't participate in his tribute concert.
STORY HIGHLIGHTS

Los Angeles (CNN) -- Janet Jackson joined brothers Jermaine and Randy on Tuesday in opposing the October tribute concert for Michael Jackson because it takes place during the trial of the doctor charged in their brother's death.

While Janet Jackson stopped short of criticizing the promoters or other members of her family who support the tribute, she did put to rest any rumors that she would perform in it.

"Because of the trial, the timing of this tribute to our brother would be too difficult for me," she said in a statement sent to CNN by her representative Tuesday.

Promoters had held out hope that Janet Jackson, who currently has the most vibrant career of the musical family, would attend "Michael Forever: The Tribute Concert," set for a 75,000-seat arena in Cardiff, Wales, on October 8.

The biggest name on the concert bill is Beyonce, although she will not perform live. Instead, the audience will watch a video of Beyonce singing a Michael Jackson song.

A fan uproar forced promoters to boot KISS from the lineup because of negative comments the rock band's bassist, Gene Simmons, made about Michael Jackson in the weeks after his June 25, 2009, death.

The Jackson family has been publicly split over the concert since brothers Marlon, Tito and Jackie, sister La Toya and family matriarch Katherine Jackson announced their support for it in July.

Brothers Jermaine and Randy quickly issued a statement opposing the show because it would happen in the middle of Dr. Conrad Murray's involuntary manslaughter trial, which starts next month. Prosecutors accuse the doctor of being responsible for the drug overdose that killed Michael Jackson.

"We want to make clear that this does not reflect the position of the entire family," the two brothers said in a joint statement. "While we wholeheartedly support the spirit of a tribute that honors our brother, we find it impossible to support an event that is due to take place during the criminal trial surrounding Michael's death."

Katherine Jackson told CNN she understands her children's objections to the timing of the show, but she felt it is appropriate.

While she will attend most of the Murray trial in a Los Angeles courtroom, she told CNN she would travel to Wales for the tribute. Promoters promised ticket buyers that Michael Jackson's three children would also attend if they are available.