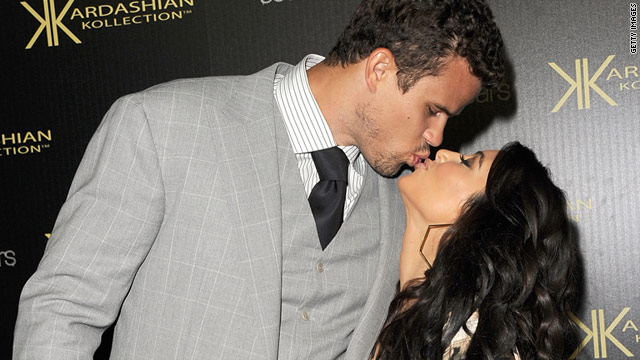 A headline on Kardashian's website announced "We are officially married" on Saturday.

Her representative confirmed to CNN that a People magazine report on her wedding is accurate.

The couple, which has guarded details surrounding their wedding, has offered exclusives to E! television channel and People.

Video from inside the Kardashian wedding

Explain it to me: The Kardashians
RELATED TOPICS

E! will air wedding footage as part of a planned four-hour, two-part special in October.

People nabbed the exclusive rights to the wedding photographs for an unknown amount.

The pair dated for about six months prior to their engagement in May. They tied the knot on a private estate in Montecito, California.

Kardashian, star of the E! network's "Keeping up with the Kardashians," is a staple in celebrity magazines and social media.

She has more than 9 million followers on Twitter, among the highest celebrity number.

Two of her sisters -- Khloe and Kourtney, both fellow reality television stars and partners in retail and other projects -- took to social media to echo the bride-to-be's excitement.

"Since we were little girls, you have been dreaming about your perfect, fairytale wedding, and today we all get to watch as those dreams become your perfect reality," Khloe Kardashian wrote. "Watching you, the ultimate believer in true love, fall head over heels for your prince charming has been so special for everyone who knows and loves you. You deserve everything wonderful in the world, and I have no doubt that you will get exactly that after you walk down the aisle tonight."

CNN's Kareen Wynter and Jack Hanna contributed to this report.