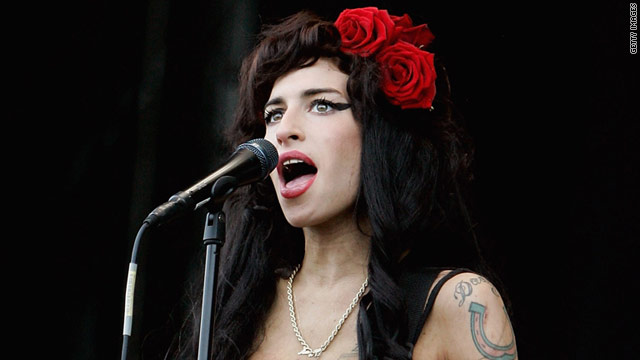 Her albums surged in sales, reaching 50,000 in the latest sales cycle, according to Nielsen SoundScan, surpassing the 44,000 albums that had been sold this year up until last week.

The five-time Grammy winner, beloved for her soulful, throaty vocals but infamous for erratic public behavior, arrests and drug problems, was found dead Saturday afternoon in her London apartment.

Her troubled off-stage life -- chronicled in "Rehab" -- won her notoriety.

Her death came less than two months after her latest release from a rehabilitation program and weeks after she was booed offstage by disappointed fans in Belgrade, Serbia.

"Back to Black's" 37,000 in sales was the album's highest weekly sales since March, 2008, two weeks after the Grammy awards broadcast, when the album sold 38,000. This past week also marked the album's biggest weekly digital sales.

Winehouse's songs were also all over the airwaves after her death. Total spins Saturday spiked 170% over the previous week, according to Nielsen BDS.