By Gwynne Watkins, Special to CNN 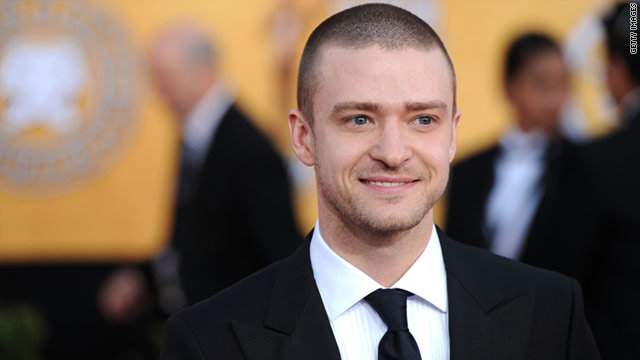 Justin Timberlake made under-the-radar indie films and appeared on "SNL" until he was suddenly on every movie screen.
STORY HIGHLIGHTS
RELATED TOPICS

(CNN) -- Justin Timberlake is not afraid of reinvention.

While other boy-band heartthrobs were still recycling the same hooks, the multitalented 30-year-old had moved on to a solo R&B career, fighting his own label to do non-bubblegum songs like "SexyBack."

Now, Timberlake has decided to let his Grammys collect dust while he makes yet another leap: pop star to movie star. "Friends with Benefits," opening today, marks the first time Timberlake's name has seen the top of a cast list.

And it won't be the last.

What's the secret to Timberlake's crossover success? No doubt he's talented, hard-working and easy on the eyes. But there's something else at play here, something rarely acknowledged in articles about JT's stylish clothes and beautiful girlfriends:

Justin Timberlake is a nerd.

That's not to say he isn't cool. He's the cool nerd, the guy who makes cool seem attainable. Remember that popular guy in high school who wasn't a quarterback or homecoming king, whose sheer likability gave him a spot at the cool kids' table? Justin Timberlake isn't so far removed from that kid.

Take a look at "The Social Network," the Facebook-origin movie that put Timberlake, The Actor, on the map. JT plays Napster founder Sean Parker, the closest thing the film has to a rock star. When he saunters into a Silicon Valley restaurant, heads swivel.

As Parker, Timberlake is charismatic and convincing, but what makes his performance great is a deep, intense vulnerability. Parker, we realize, is only a celebrity in the insular tech world; in the real world, he's just an asthmatic college dropout. He's a person who has carefully crafted his own hyper-cool image, an impersonation of what he thinks a tech-world celebrity (had there ever been such a thing before?) should be. At the end of the film, the cracks start to show, and our hearts break a little.

Perhaps Timberlake played Parker so well because he, too, is a guy who has carefully curated his own image. Try to isolate him for a moment from his hit songs, his "SNL" skits, his movie trailers. Would you cast a guy like Justin -- the puppy-dog screen presence, the high breathy voice, the Brillo pad of hair -- as a leading man?

Timberlake knows he's an unlikely candidate to fill Brad Pitt's shoes, which is why he's played his acting career like a chess game: making under-the-radar indie films and popping up casually on "Saturday Night Live" until he was suddenly on every movie screen.

These days, Timberlake is frequently compared to Mark Wahlberg, another Top-40 teen idol who gave it up for a film career. But beyond the obvious, it's not a good analogy.

Wahlberg was born a leading man, buff and intimidating with a sly smile and a natural swagger. When he became a movie star, he cut himself off completely from his now-embarrassing foray into rap. It's now amusing to think of Marky Mark and Mark Wahlberg as the same person, because the differences are so striking.

Timberlake has a leading-man swagger, too -- but his seems carefully practiced, the way Fred Astaire would rehearse behind closed doors for hours to make his dancing seem effortless. His gestures, his jokes, appear as carefully chosen as his impeccable wardrobe. Remember, this is the guy who became a decent facsimile of a young Michael Jackson through sheer hard work and force of will.

Unlike Wahlberg, Timberlake has never tried to distance himself from his teenybopper days. He knows we've all seen him as a 14-year-old in blond dreadlocks and head-to-toe denim. And that, too, is part of his charm. He makes cool seem attainable for the rest of us geeks.

When his Tennessee awkwardness shows through his Hollywood persona, he's the first person to laugh it off. He's not the guy you'd expect to "have you naked by the end of this song," as he sings in "Rock Your Body" -- and that's why he pulls it off so well.

All of this makes Timberlake the perfect star for a time when the line between geeky and cool has become more of a zigzag. Like those Clark Kent glasses he wears in interviews, JT has found a way to be the best of both cultures. And two weeks ago, the teen-star-turned-pop-star-turned-film-star announced that he would be reinventing the social networking site MySpace.

It's life imitating art -- and of all people, Justin Timberlake knows a little something about doing a great imitation.