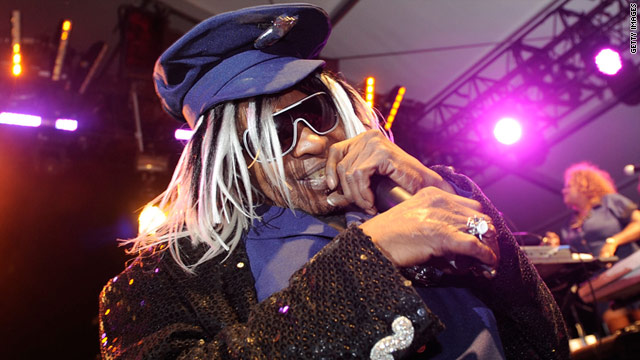 On Wednesday, Sly Stone entered a not guilty plea to a cocaine possession charge.
STORY HIGHLIGHTS

Stone, 68, was arrested April 1 after police found what they say was cocaine in the "lining of a coat, not in a pocket, not in an accessible area," defense lawyer James E. Silverstein said Wednesday.

The case would never have been filed if investigators had saved "the rather large coat," because it would have been clear that it did not belong to Stone, whose real name is Sylvester Stewart, Silverstein said.

"Mr. Stewart is a slender man," he said. "He was not wearing the coat."

"We do not believe the district attorney can satisfy the necessary elements of cocaine possession, in particular with regards to whether Mr. Stewart had knowledge of whether there were any narcotics present," Silverstein said.

Stone returns to the Van Nuys, California, courthouse July 19 for a pre-trial hearing, he said.

Stone's groundbreaking group, Sly and the Family Stone, blended funk, rock, soul and psychedelic sounds in the 1960s and '70s before he mostly disappeared from the scene in the '80s. Stone occasionally drops in to Los Angeles clubs to perform, especially with his daughter, Novena Carmel.