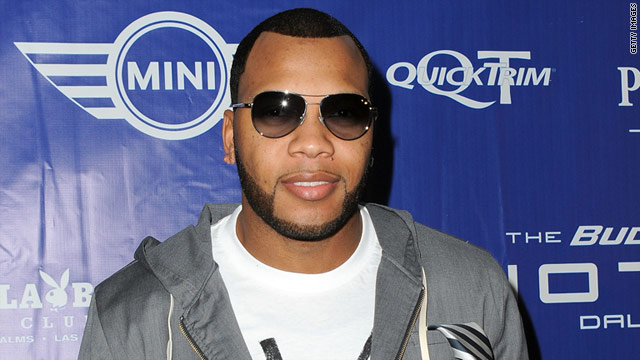 (CNN) -- Rapper Flo Rida is out of jail after being arrested Thursday on suspicion of drunken driving.

He posted bail of $2,000 and obtained a signed court order allowing him to travel to Asia for a series of previously scheduled concerts in Bangkok over the weekend, his lawyer said.

According to the arrest report, Dillard swerved in and out of lanes about five times and drove for another two blocks after the responding officer activated his emergency lights and air horn.

Police said the rapper smelled of alcohol and had bloodshot, watery eyes and slurred speech, the report said. Officers administered a field sobriety test, during which Dillard said, "Officer, I can't do this," and "I don't feel like I can walk a straight line."

Dillard said, "I had a few drinks," according to the report.

Police said he blew a 0.185 on a Breathalyzer exam, more than twice the legal limit.

Dillard was charged with driving under the influence and driving with a suspended license for previously failing to pay a traffic fine.

"Until we have an opportunity to meet with our client and conduct our own investigation into the facts, we are declining further comment on this matter," said a statement from his attorneys, Christopher Lyons and Sandy Becher.

Flo Rida is perhaps best known for his 2008 hits "Low" featuring T-Pain, and "In the Ayer" featuring Will.i.am.