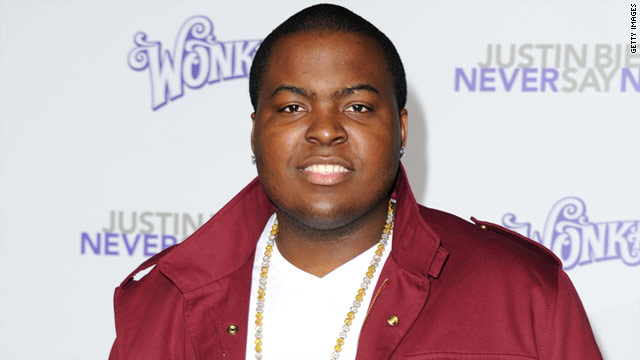 (CNN) -- Sean Kingston is walking around Miami's Jackson Memorial Hospital eight days after he was brought there in critical condition following a personal-watercraft crash, the publicist for Epic Records said Monday.

"Sean is breathing on his own and walked for the first time this morning," Carozza said.

He suffered a broken jaw, a fractured wrist and water in his lungs, according to the sources, who both asked not to be identified since they were not authorized to speak to the media.

Cassandra Sanchez, 23, was riding on the Sea Doo personal watercraft with Kingston when it crashed into a Miami bridge on May 29, according to an accident report from the Florida Fish and Wildlife Conservation Commission. Sanchez was also injured and hospitalized.

Kingston had bought the Sea Doo just days before, as he was moving into a new house in Miami, one of the sources said.

His life vest apparently fell off during the crash, causing him to sink below the water, according to witnesses.

"They were calling us over, telling us, 'He's drowning, he's drowning,' " said Carmen Rivera, who was boating nearby with her husband, Jonathan Rivera, and friend Jimmy Vega. The three rescuers were interviewed by CNN affiliate WSVN-TV.