Willie Nelson could sing his way out of pot trouble, a prosecutor says 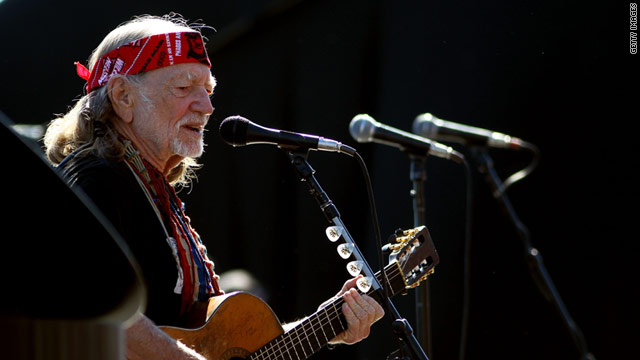 (CNN) -- Willie Nelson's latest pot bust could be settled for a song and $100, a west Texas prosecutor said.

Nelson, a treasured icon in the Lone Star state, was charged with marijuana possession after U.S. Border Patrol agents searched his tour bus on a Hudspeth County, Texas highway near the U.S.-Mexico border, about 85 miles southeast of El Paso last November.

No court date is set, but Bramblett said he would recommend a plea deal for Nelson that includes the legendary country artist singing his 1975 hit "Blue Eyes Crying in the Rain." The courtroom performance would serve as his community service, he said.

He would also ask for Nelson to pay a $100 fine and court costs, he said. The sentenced could also be deferred, which means it would fall off his criminal record after 30 days of good behavior, he said.

Pot smoking on Nelson's bus is no secret, Bramblett said. "They got a song out that says 'I'll Never Smoke Weed With Willie Again.'"

Asked if that might not be a better song for court, the prosecutor said "No, I'm not going to have him sing that one."

The final decision, though, will be in the hands of Judge Becky Dean-Walker, who seemed irritated by media reports Monday concerning the proposed plea deal.

"My court is not a jester court," Judge Dean-Walker said. "I understand that people are star stuck, I'm not one of them."

The plea deal has not been presented to Nelson's lawyer, the prosecutor said. The singer's representative would not comment to CNN.

Nelson was caught last November because his tour bus traveled down a Hudspeth County road that is considered a border checkpoint, because it is close to Mexico, he said. Agents, who have drug-detecting dogs, have the legal right to board and search any bus, car or truck that passes through, he said.

Hudspeth County's courthouse doesn't see a lot of business. Bramblett estimated he prosecutes only a dozen or so misdemeanor pot cases each year. The U.S. census puts the county populated at 3,115.

Bramblett joked that while Nelson was initially charged with possession of six ounces of pot, which would put the case out of his jurisdiction, he and the sheriff smoked or threw out enough to bring it into his jurisdiction.

Misdemeanor possession of less than two ounces carries a maximum of 180 days in jail and a $2,000 fine, although jail time is rare in such cases, according to Texas criminal lawyer George Reul.