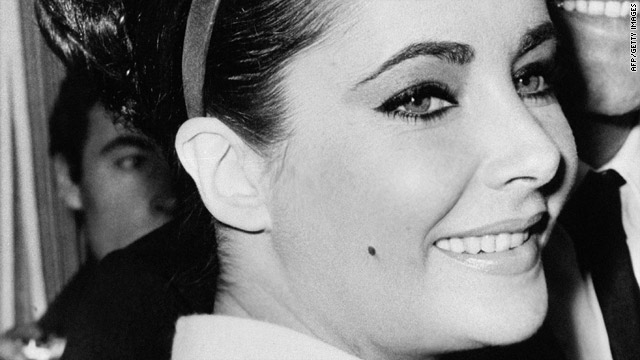 A private service was held Thursday at Forest Lawn memorial park for Taylor, her publicist said. But although the funeral was scheduled to start at 2 p.m., Taylor had left specific instructions that it not begin until 15 minutes later.

"She even wanted to be late for her own funeral," Sally Morrison said in a news release.

Taylor died Wednesday at the age of 79. She had been hospitalized six weeks ago with congestive heart failure, a condition she had suffered from "for some years."

The multi-denominational service Thursday was open only to close friends and immediate family, and included poetry readings. Actor and close friend Colin Farrell recited "The Leaden Echo and the Golden Echo," by Gerard Manley Hopkins. Her grandson Rhys Tivey performed "Amazing Grace" on the trumpet.

Taylor converted to Judaism in 1959. Jewish custom teaches that burial should take place as soon as possible after death, preferably within 24 hours.

In addition to Thursday's private service, fans will also get their chance to pay respects to Taylor. Details of a memorial service are expected to be announced at a later date. The family has asked that instead of flowers, contributions be made to the Elizabeth Taylor AIDS foundation.

CNN's Jaqueline Hurtado and Matthew Carey contributed to this report.