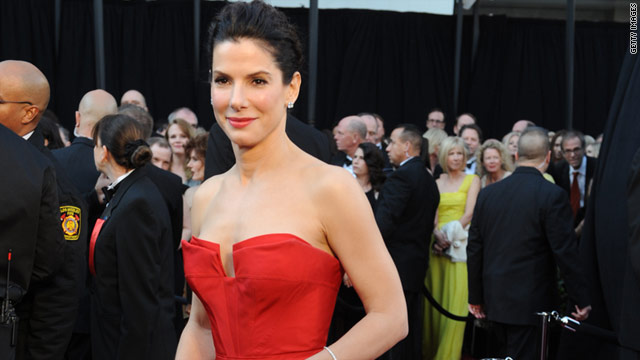 Sandra Bullock is the latest celebrity to offer aid to the people of Japan in the wake of an earthquake and tsunami.
STORY HIGHLIGHTS

(CNN) -- Actress Sandra Bullock sent a $1 million donation to the American Red Cross this week to help with earthquake and tsunami relief efforts in Japan, the Red Cross said Thursday.

It is the largest celebrity donation to the Red Cross to be announced since the disaster struck last Friday, although the charity may have gotten large contributions that were kept confidential at the donors' request.

"This contribution is vitally important as the Red Cross works to provide critical assistance and essential relief items in this time of urgent need for so many people in Japan," the relief organization said.

The contribution was made by the Oscar-winning actress on behalf of her family, the Red Cross said.

Getting food to people in Japan
RELATED TOPICS

Dozens of celebrities used their social network accounts, including Twitter, to urge fans to support the Red Cross with small donations. The group has received $2.6 million since last Friday in $10 donations sent through cell phone text messages, it said.

Overall, the American Red Cross has raised about $47 million in the United States since the earthquake and tsunami struck Japan last Friday.

The U.S. organization has passed $10 million of those donations on to the Japanese Red Cross for work on the ground in Japan, it said.