The day that should change reality TV

By Mike Hess, Special to CNN 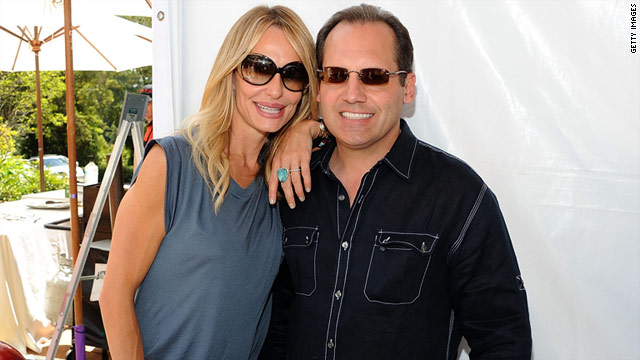 Mike Hess is the Managing Editor at Celebuzz.com.

(CNN) -- Monday, August 15, 2011, is a day that should forever change the way reality television is produced.

Chances are, though, nothing will change.

What's so important about August 15? It was the day that put in full view the life-shattering impact that reality shows can have among couples and families on the brink. For one reality show couple, the news that day was about an ending point for a wild ride that led to separation. For the other couple, the news was about a fatality.

Russell Armstrong apparently ended his own life after years of marital and financial turmoil. The story line of Armstrong and his wife, Taylor, on the "Real Housewives of Beverly Hills" franchise was one of tension, distance and a sense of distrust. The feelings were obviously deeply rooted long before the cameras starting rolling, and the show probably didn't help the situation.

But America lapped it up.

On July 15, the couple announced they were divorcing. On August 15, Russell was dead, apparently by his own hands.

Weeks before his suicide, Russell said to People.com: "When you get a TV show involved and all the pressure, it just takes it to a whole new level. We were pushed to extremes."

Could those be the same extremes that led to the very public, very nasty split between reality show sweethearts Jon and Kate Gosselin, who shot to television and tabloid infamy not because of their fertility, but because of the never-ending back-and-forth bickering that played out on "Jon & Kate Plus 8"?

When they split, Jon didn't do himself many favors when it came to public perception by swiftly moving on to a relationship with the much younger daughter of Kate's plastic surgeon, allowing Kate to go on the media offensive against Jon. If the show was filled with sporadic gunfire between the two, it graduated to artillery and carpet bombing post-split.

Once again, the public's appetite was insatiable.

Coincidentally, also on August 15, TLC announced that "Kate Plus 8" -- the new incarnation of the show since Jon's departure -- was being canceled because of low ratings. After 150 episodes, what could cause the ratings to dip to the point of cancellation? It's easy: There was no longer a couple looking to undermine each other at every passing moment and rip each other's heads off to keep people glued to the television.

If we as television viewers don't feel bad for seeing what happened to Jon and Kate via reality TV fame, then surely everyone -- viewers, networks, reality show participants themselves -- is due for a good, hard look at the current formula of couple-based reality television and the repercussions of the medium.

It's nothing new. The groundbreaking series "An American Family" tried it in the '70s with the same premise: Follow a family (Pat and Bill Loud, in this case) 24 hours a day until they crack. Guess what? It happened, and the Louds divorced under the bright lights. Forty years later, a camera lens is still often the impetus for disaster.

Sure, not every couple on a reality show ends up this way. And, of course, couples who aren't on reality shows also end up in the same dire straits. But the very notion that what's considered "good" reality TV means terribly pained people living out horribly private situations and acting awfully, all in the name of ratings, is something that irks me to the core. It should irk you, too.

Remember back when "The Osbournes" came on and changed the reality TV landscape forever? It was a monstrous hit because people couldn't understand what the hell Ozzy was blubbering about, thanks to years of drugs and how everyone just seemed to scream at each other all the time.

"Survivor" became a phenomenon because of the backstabbing.

After Simon Cowell left "American Idol," ratings dipped because there was nobody to lob easy insults at vulnerable, defenseless people pouring their hearts out in the name of fame.

Gordon Ramsay has become a household name in America, not for his incredible culinary prowess, but for his penchant for belittling contestants on "Hell's Kitchen."

Viewers want dirty, nasty, shameful reality television, whether it's in the form of dysfunctional families, ridiculous amounts of children or someone living in a pile of their own filth. Sure, there are good-natured shows like "Giuliana and Bill" and "Bethenny Ever After," but face it -- they're kind of boring when put up against table-flipping, drunken brawls and over-the-top drama for people to live through vicariously.

But as we saw this week, it all comes with a cost.

Note: Bravo released a statement Friday on the next season of "Real Housewives of Beverly Hills" but has declined to comment further on this report.