By Shaunie O'Neal, Special to CNN 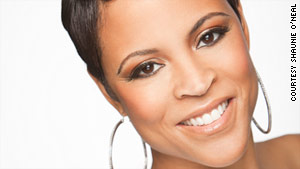 Shaunie O'Neal is the former wife of NBA star Shaquille O'Neal and the executive producer and star of the VH1 reality show "Basketball Wives." She will be a featured speaker on a reality television panel at the 2011 Essence Music Festival.

Actually it's one of my guilty pleasure past times. Even before "Basketball Wives" I had my favorites, and I watched them faithfully. There is something appealing about seeing people deal with real life drama as you're watching. Now, as executive producer of "Basketball Wives," I know that's not exactly how it happens, but it's still fun to watch.

What isn't so fun to watch, however, is this new generation of reality TV. It seems to be more about the drama and less about the storyline. That concerns me, especially now that I'm producing a reality show.

I have gotten both good and bad responses from viewers about "Basketball Wives," and I certainly understand the opinion that the shows portrayal of black women is beginning to look somewhat negative.

As you see on the show, I'm not a big supporter of the bickering, drink throwing and fighting, but when you put a group of strong, independent and vocal women who are going through or just came out of a bad relationship together, there's bound to be a little drama.

Let's face it, we all know women like the ones on "Basketball Wives" and countless other reality shows: Women who are vocal if you cross them.

The problem for me is when black women are portrayed as only being that way and labeled different than their non-black counterparts for the same type of behavior. That's when it becomes negative and damaging to our image.

I'm not saying we have to create shows that only paint a pretty picture about who we are, but there should be a balance and most of all some integrity to the shows we create.

I do believe some of the shows featuring African-American women have positive story lines and are not meant to tear black women down. Shows like [BET's] "Tiny & Toya" and "Monica: Still Standing," [TVOne's] "LisaRaye: The Real McCoy," [VH1's] "What Chili Wants" and [WE tv's] "The Braxtons."

They all have the same core storyline -- single, exes of high profile men, trying to raise their children and get their lives back on track. I believe that is positive and when handled properly can be very uplifting and empowering for women going through the same issues, no matter their race.

That's why I wanted to do "Basketball Wives." I wanted to show what life is really like when you are with a professional athlete --- and that sometimes all that glitters isn't gold.

When I signed on to executive produce the show I had big plans and a long list of ideas. But boy did all that change as we started filming and I learned what all goes into executive producing a show. It's a lot of work, and there are a lot of politics involved, but at the end of the day I do believe that the overall message is being told.

Look at Tami Roman (ex-wife of former NBA player Kenny Anderson and a member of the "Basketball Wives" cast). She was such an appealing addition to the cast because of her rags to riches to rags story of being married to a pro basketball player and after their divorce almost being homeless.

That's the heart of "Basketball Wives," and I believe that if you look closely and beyond the arguing and the fighting, you'll see a group of women trying to get their lives back on track and figure out who they really are.

My role as executive producer of the show does not negate my concern for how black women are portrayed on reality TV, but I do believe that there are some shows attempting to strike a balance and have a positive message despite the drama. I'm personally working with Shed Media and VH1 to make sure that "Basketball Wives" stands among them.

The Essence Music Festival will run from July 1 to July 3 in New Orleans and will feature performances, panels and speakers. CNN is an official sponsor.