Kutcher replaces Sheen on 'Two and a Half Men' 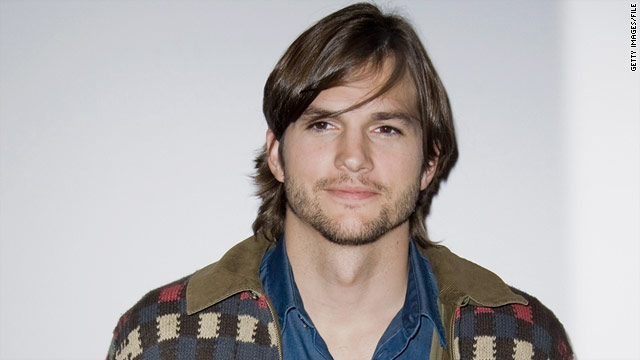 Fans are not being "Punk'd." Ashton Kutcher will replace Charlie Sheen on "Two and a Half Men."
STORY HIGHLIGHTS
RELATED TOPICS

Los Angeles (CNN) -- It's official: Ashton Kutcher is filling the gap left by Charlie Sheen on "Two and a Half Men."

"I can't wait to get to work with this ridiculously talented 2.5 team and I believe we can fill the stage with laughter that will echo in viewers' homes," Kutcher said Friday in a statement released by CBS and Warner Bros. Television.

"I can't replace Charlie Sheen but I'm going to work my ass off to entertain the hell out of people!"

Kutcher, who gained his early fame on a TV sitcom, "That 70s Show," has more recently been seen on the big screen. His last film was "No Strings Attached," which hit theaters in January.

He's also made his mark as a TV executive producer, most notably for MTV's hidden-camera show "Punk'd."

"Ashton is a pop culture triple threat -- film star, cutting-edge producer and a social media pioneer," said Nina Tassler, the head of CBS Entertainment. "He brings creativity, energy and personality to everything he touches. We are thrilled to have him."

CBS and Warner Bros. did not disclose how much Kutcher will earn. Sheen, who is embroiled in a lawsuit over his sudden dismissal from the show in March, was earning a reported $2 million for each episode.

Sheen responded to the news by praising Kutcher while taking a shot at the show's executive producer, Chuck Lorre.

"Ashton Kutcher is a sweetheart and a brilliant comedic performer. Oh wait, so am I!!," Sheen said in a written statement. "Enjoy the show America. Enjoy seeing 2.0 in the demo every Monday, WB. Enjoy planet Chuck, Ashton. There is no air, laughter, loyalty, or love there."

Producers had been scrambling in recent weeks to find a replacement for Sheen to keep one of TV's highest-rated sitcoms on the air for another year.