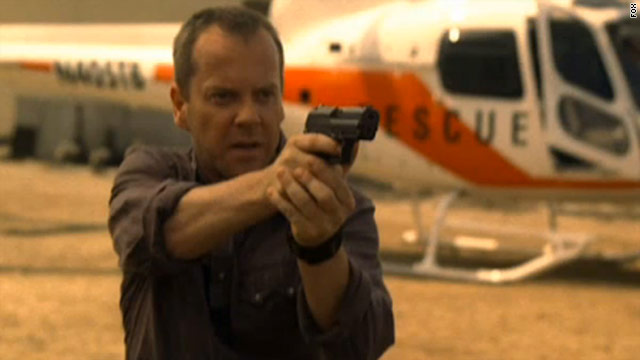 (EW.com) -- Those Jack Bauer fans just won't give up: The infamous character from Fox's long-running drama "24" was a big trending topic on Twitter late Sunday in light of the Osama Bin Laden news -- no doubt because many were thinking (hoping?) a Bauer-like embed was responsible for the "actionable intelligence" that led to President Obama's press conference.

Here's the good news: Kiefer Sutherland could be back on Fox this fall. Now, the bad news: He won't be reprising his role as a counter-terrorism agent. Instead, he's playing a dad whose autistic son can predict events before they happen in a project called "Touch." The drama's from Tim Kring ("Heroes") and is already generating great buzz.

But a return of Bauer is still in the cards. A big-screen version of the drama remains in the works at 20th Century Fox, and producer Brian Grazer (whose company, Imagine Entertainment, was behind the TV show) recently acknowledged that he's on board. In March,

Sutherland told the women of "The View" that the movie will come out in 2012. Hey Kief: Care to rethink that timeline now?